Cow costumes, tractor caravans, and Great British Bake Off support: U.K. farmers and their allies are registering opposition to a new agriculture bill.

This weekend, lawmakers in the U.K. were greeted with a strange sight. Costumed demonstrators—one dressed like President Trump carrying a syringe, others dressed like farm animals—gathered in London to protest the passage of a new agriculture bill.

At issue was the government’s failure to codify British food standards as the country exits the European Union. Activists fear this omission would crack open the door for an influx of food imports from the United States as part of a trade deal between the two nations. They argue that allowing imports of U.S. products like beef raised with hormones (hence the syringe) and chicken washed in chlorine would compromise food safety and animal welfare.

A similar battle is playing out across Europe: The EU recently issued a green farming plan that blocks these products and signals a shift away from chemical pesticides and fertilizers. U.S. trade representative Ted McKinney called the plan a “diss.” And the EU once faced fierce opposition over imports of hormone-raised beef and chlorine chicken from the U.S., leading to an eventual ban—which Britain may abandon.

Elsewhere in the country, protestors have staged tractor parades down city streets and enlisted the support of celebrities including Jamie Oliver and Great British Bake Off judge Prue Leith in support of their cause. (Leith actually voted in favor of Brexit, so her tweets promoting British food standards were met with backlash from opponents who said she should have considered the consequences for farmers before voting to leave the European Union.)

“In this country, we’ve been through some major food crises with foot and mouth 20 years ago. We had the horsemeat scandal. We had the egg scandal in the 80s, with salmonella.” says Liz Webster, a self-described “farmer’s wife” and campaign organizer with Save British Farming, a group that advocates for British food standards. “We’ve got stricter standards about how many animals you can have in an area.”

Jamie Oliver put it another way in a video with the BBC: “Imagine being a British beef farmer and all of a sudden someone across the pond who uses hormones—those cows have never seen grass—they can sell you a product much cheaper.”

The messaging in these campaigns is a little muddled: They’re claiming that loosening import rules is bad for animal welfare, and also that it’s bad for farmers’ bottom lines, and, perhaps most alarmingly, that imported food threatens the health of the people who eat it. And it is true that the European Union has adopted food standards that ban some potentially harmful products used in animal production and food processing in the U.S., including bovine growth hormone. If the U.K. adopts its own agriculture policy without banning the same products, activists worry they’ll find their way into the food supply. It’s also true that Europe has adopted some stricter animal welfare laws, including rules that give chickens a bit more space than their American counterparts.

“They’re trying to imply that food imported from America isn’t safe somehow, or that it’ll poison them or something—they don’t spell it out because it’s not true.”

Yet the implication in many of these campaigns that U.S. food imports are less safe than homegrown beef is not backed up by acknowledgement from the U.S. or the World Trade Organization. “They’re trying to imply that food imported from America isn’t safe somehow, or that it’ll poison them or something—they don’t spell it out because it’s not true. What they’re really talking about is the way the food is produced,” said Sean Rickard, an economic analyst who advises clients on food and farming.

Of course, there’s a deeper set of issues at play here: This bill, which represents the government’s foray into post-Brexit agricultural policy, has been a wake-up call for farmers, half of whom voted in favor of leaving the EU, Rickard said. “What farmers realized as it was going through the Houses of Parliament was that it wasn’t actually the sort of milk and honey that they had been expecting,” he added. The bill removes direct payments to farmers and replaces them over the next several years, though the details are hazy. More concerning to some are the trade implications.

“Farmers suddenly woke up to the fact that one of the dangers was that if this bill didn’t protect them against imports of cheaper food, they were going to be completely screwed,” Rickard said. “They were not only going to lose their support systems, but they were also going to face imports from countries that can produce food more cheaply.”

Over time, the food service sector will slowly start purchasing imported meat, and Britons will start eating chicken grown in the U.S. at KFC.

Rickard is cynical about the potential inclusion of food standards language in the agriculture bill because such a move could jeopardize a trade deal with the U.S. “[Representatives] made abundantly clear there will be no trade deal with us if we are not prepared to accept American standards,” Rickard said. That puts politicians in a bind: Some of Prime Minister Boris Johnson’s key supporters are farmers, but a bilateral trade deal with the U.S. is not compatible with policy that limited American farm imports.

U.K. legislators have promised not to allow imports of the two most incendiary products—beef raised with growth hormones and chicken washed with chlorine—but The Guardian notes that the proof will be in the pudding. Under pressure to sign a trade deal with the U.S., these assurances may fall by the wayside.

In the long run, Rickard envisions a slow, grudging acceptance of U.S. food imports. “I think in the short run, the supermarkets will say, ‘Oh, we’re going to put big labels up. None of our food will be produced in the way Americans do,’” he said. But over time, the food service sector will slowly start purchasing imported meat, and Britons will start eating chicken grown in the U.S. at KFC. Slowly, the grocery stores will follow suit. “The truth is that when it comes to buying food—and we have a lot of people, unemployed, single-parent families, in this country—cheaper food will find its way into the supermarkets,” he added. 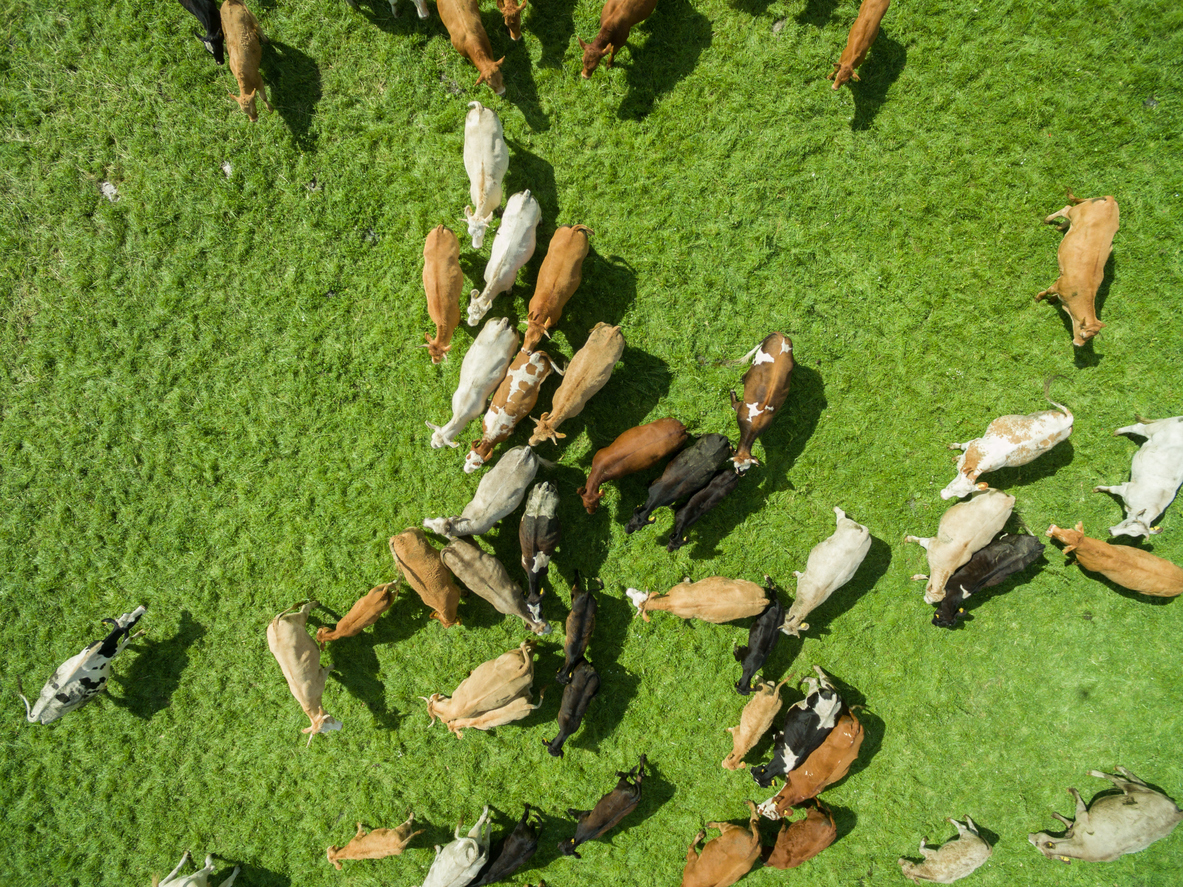