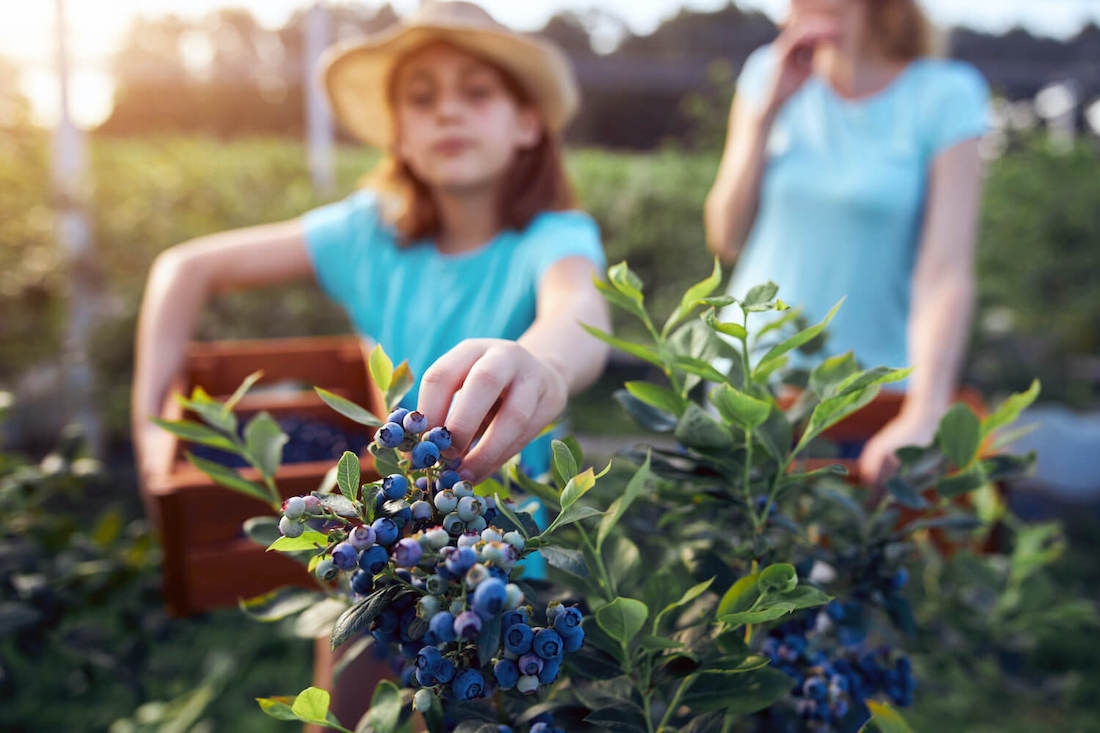 Two new studies highlight the hazardous conditions inherent in farm work, and show the weakness in standards meant to protect kids from developmental disorders and disease.

As a child growing up on his family’s subsistence farm in Puebla, Mexico, Abel Luna loved helping to plant corn and other crops. But in 2001, when he turned 13, his enthusiasm quickly evaporated. That’s when Luna began traveling to New York’s black dirt region to “sell his labor,” working alongside his father in commercial vegetable crop fields. Where once he took pride in “growing [our] own food at [our] own pace,” he now began working 14-hour or longer days from February through November. In addition to a grueling schedule and poor living conditions, Luna remembers “pretty much a lack of every kind of equipment that you need”: gloves, glasses, and masks to protect him from contact with agricultural chemicals. A day spent picking tomatoes would end with his arms sticky from pesticide residue, hands burning, eyes itching. Furthermore, he said there was “no one from any health agency to talk about pesticide exposure or any rights that you have.”

Luna’s experience is hardly an anomaly. Two new studies, from the Vermont Law School’s Center for Agriculture and Food Systems (CAFS) and the Johns Hopkins Center for a Livable Future (CLF), exhibit just how susceptible all migratory farm workers are to dangers like pesticide exposure. Some states, like Washington and California, have implemented legislation that’s meant to better protect farm workers from such hazardous conditions. But a closer look reveals that existing laws at both state and federal levels largely fail to protect those most in need of intervention: the (likely under-)estimated 524,000 children, some as young as 10, many of whom are migrants, laboring every year on U.S. farms. Beyond that, Luna, who’s now campaign coordinator at worker organizing non-profit Migrant Justice, said there’s a huge disparity between what the laws we do have mandate and “making it happen on the ground. To make sure farms are compliant—it’s impossible.”

Young, non-worker children brought to farms by parents who can’t afford daycare are also at risk, as are in utero fetuses of pregnant workers.

Children in farming can work as long and as hard as adults, often for less money. A 16-year-old can work pretty much any farm job, while in many states, 12-year-olds can legally work on any farm with a parent’s permission as long as they don’t miss school (Luna did not attend school while working, testament to how lax enforcement is). Generally speaking under the Fair Labor Standards Act, an employer can pay a youth minimum wage of no less than $4.25/hr to employees under the age of 20 for the first 90 consecutive days of work, although they might not even pay that.

Regardless of age, child farm workers are exposed to chemicals in the same ways as adults, inhaling them in the field and absorbing them through their skin. And it’s not just working kids who are exposed. Young, non-worker children brought to farms by parents who can’t afford daycare are also at risk, as are in utero fetuses of pregnant workers. At farm-adjacent migrant camps, children may inhale pesticide drift, or be exposed to chemical residue on their parents’ clothing.

And yet, children, with their developing brains and metabolic rates that are slow to expel chemicals from their bodies, are significantly more sensitive to pesticides, and more prone to suffer their toxic effects. Organophosphates like chlorpyrifos have been linked to developmental disorders, while atrazine has been found to cause birth defects. Exposure to various pesticides both in utero and in children has also been linked to ADHD, autism spectrum disorder, and cancers like childhood leukemia. A recently published long-term study of now-banned DDT clearly indicates that some pesticides have the potential to affect children and grandchildren of those initially exposed, leading that study’s authors to call for better research into the transgenerational effects of other chemicals. Sarah Goldman, senior program coordinator at CLF who worked on the Center’s study, called impacts on pregnant women and children “a disproportionate burden, and a violation of their rights to reproductive autonomy and justice.”

Labels are written in English only, which means they are inaccessible to the many migrant Spanish or indigenous-language-speaking farm workers who need to understand them.

As of 2015, the Environmental Protection Agency’s (EPA) Worker Protection Standard (WPS) prohibits children from handling hazardous pesticides until they are 18. Lead author of the CAFS study, Laurie Beyranevand, calls this a “good improvement,” despite the fact that adolescents’ brains aren’t done developing until they’re in their mid-20s. Otherwise, when it comes to pesticide protections, EPA’s chemical office does “very bad work,” especially when it comes to kids, said Nathan Donley, environmental health science director at the Center for Biological Diversity. The 1996 Food Quality Protection Act was devised to protect children from chemical exposure through diet (it limits residues on food), and it mandated that the EPA add a tenfold safety margin when assessing pesticide risks for children from the foods they eat. However, a recent study found that it has largely failed to implement even those margins when assessing certain chemicals. EPA also does not have to assess the occupational pesticide risks incurred from working on a farm, and those levels of exposure in farmworker kids—both from diet and from work, as well as from other sources—add up.

Other laws are similarly lax. The Federal Insecticide, Fungicide, and Rodenticide Act (FIFRA) requires that hazardous pesticides be so labeled, as well as provide clear directions on how to safely use them. However, labels are written in English only, which means they are inaccessible to the many migrant Spanish or indigenous-language-speaking farm workers who need to understand them. That includes 18-year-olds who are certified to use them, and it includes parents of younger children who may return home with residue on their clothing, unaware that they are exposing their kids to toxins.

FIFRA also requires any company registering a pesticide with EPA to prove that it “will not generally cause unreasonable adverse effects on the environment.” However, as the CAFS study explains, EPA interprets this to mean that “a pesticide may present a high risk to workers, but those risks must be balanced against the economic benefits to society.” Basically, said Donley, this has allowed the agency to justify any harm to farmworkers as “necessary.”

Additionally, EPA “says kids [and pregnant women] should not apply or handle chemicals, but it’s not saying anything about exposure to chemicals while working on a farm,” said Beyranevand. And although data from the U.S. Government Accountability Office shows that children in ag account for just 5.5 percent of all U.S. child workers but more than 50 percent of all work-related fatalities, it doesn’t specifically highlight “what harmful things they’re being exposed to in the workplace so we could meaningfully understand what’s going on.”

In fact, although some states, like California, Hawaii, New York, and North Carolina, mandate reporting of pesticide exposures, there’s no comparable federal law. “The bottom line is that we don’t monitor for ongoing exposure or low levels of exposure, and we do not do a great job with [monitoring for] acute exposures,” said Amy Liebman, a director of environmental and occupational health at the Migrant Clinicians Network. “It’s almost amazing that we don’t have national surveillance systems in place. This ultimately hurts farm workers.”

In an emailed statement to The Counter, EPA asserted its commitment to children’s health. The agency said that it had analyzed post-application dermal exposure in children—considered the main route of exposure—performing hand labor tasks in farm fields. It determined that, assuming kids and adults work the same number of hours, pesticide exposure “is constant for workers 12 years and older through adulthood. Children younger than 12 years old are less productive so their exposures would be lower.” Meaning, the youngest kids are presumably exposed to less pesticide by virtue of working shorter hours, while older kids and adults are exposed to the same amount.

Center for Biological Diversity’s Donley calls this statement “smoke and mirrors. Children…are more sensitive to pesticides and that isn’t taken into account.” Also, EPA is required to assess how pesticides accumulate in children through their diets and any residential uses they may be exposed to. However, Donley points out, again, that the agency doesn’t consider occupational exposures in assessing cumulative pesticide buildups in kids; if they did, they’d likely hit on a higher, potentially unsafe, number.  And the negative impacts on growing children, said CLF’s Goldman, can last a lifetime.

“These are not kids selling stuff at their family’s farm stand. I don’t think people understand how inhumane their situation is, and that our food system is grounded in an awful system.”

Mitigating pesticide dangers for kids who work on and live next to farms, even if the political will existed, is no simple task. Liebman sees training of clinicians and related care providers about the signs and symptoms of pesticide exposure, of which many of them are unaware, as a critical piece of a large and complex puzzle. “We need to equip them to think about, I have an agricultural worker in front of me; what do I need to think about differently?” she said. Towards similar ends, her organization in 2019 implemented a program which trained 39 farmworker parents to be community health workers. Within two years, those workers in turn were able to reach and teach another 253 farmworker families; pre- and post-assessments showed a 322 percent increase in parental knowledge of the routes of chemical exposure in kids. Liebman also believes federally funded health centers that treat farm workers—of which there are an estimated 1,300 throughout the country—need to offer “enabling services” like interpreters, transportation, and outreach workers to better deliver healthcare to farmworker families.

Migrant Justice is banking on worker organizing as being the most propitious way to engender change. Inspired by the model adopted by Florida’s Coalition of Immokalee Workers, the organization collaborated with dairy workers in Vermont to develop standards for the types of PPE they know they need to protect themselves from chemical exposure. It’s not age-related, but nevertheless, “children are better protected,” said Luna. “If you are 17, 18, 19, and feel that a mask isn’t fitting, you have a right to ask for the right size to avoid harming yourself, and you can’t be fired for asking for these types of protections.”

Ultimately, said Beyranevand, EPA could choose at any time to update the WPS, with an eye to the specific risks experienced by children working in ag. “These are not kids selling stuff at their family’s farm stand,” she said. “I don’t think people understand how inhumane their situation is, and that our food system is grounded in an awful system.”