Why is celery powder so controversial? 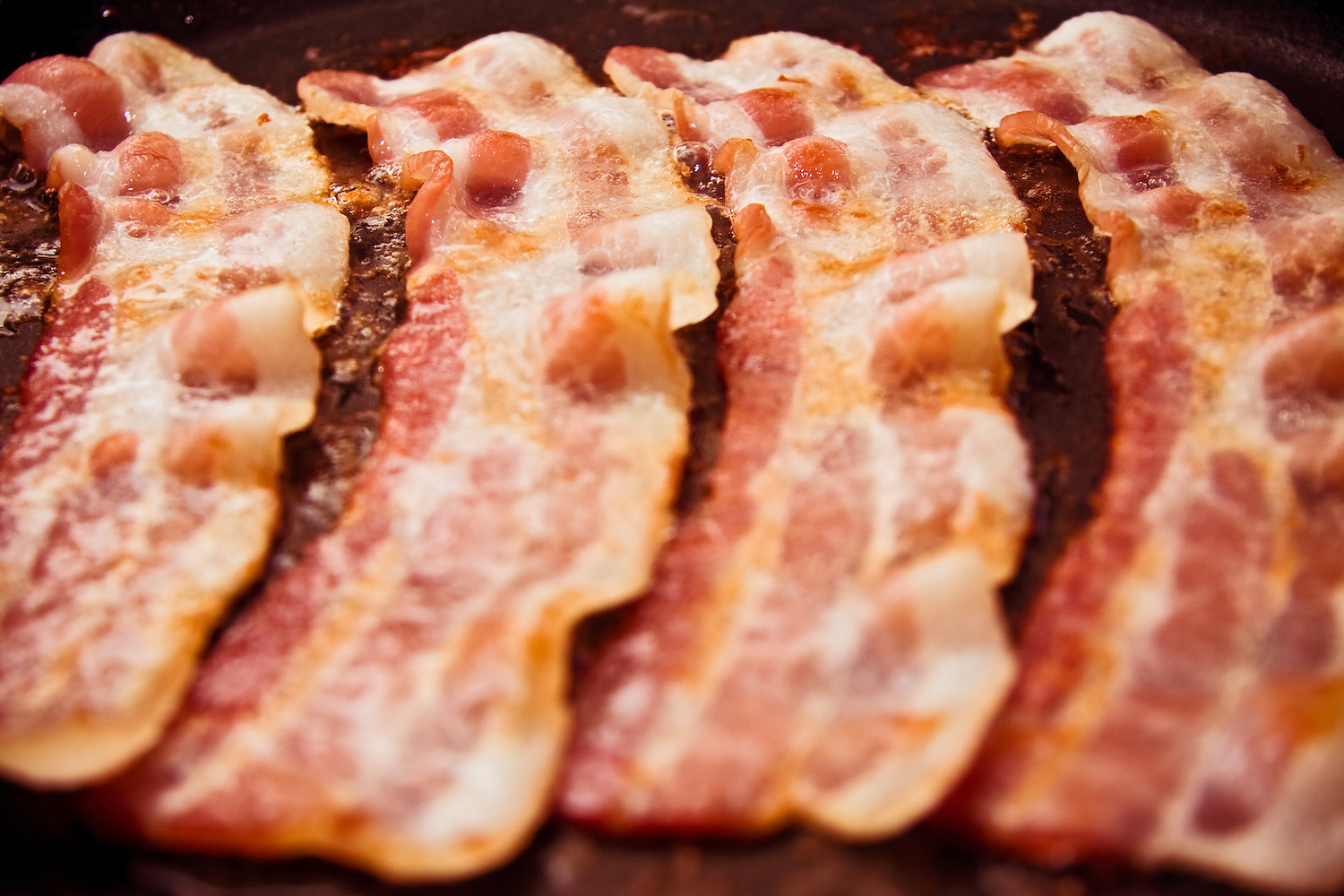 Flickr/Orin
It’s billed as an organic, natural way to cure meats without artificial nitrites, but scientists and advocacy groups argue it’s no safer or healthier.

On Thursday, the Department of Agriculture’s National Organic Standards Board (NOSB) voted to keep celery powder on its list of approved organic ingredients⁠. Nbd, right?

A significant amount of processing goes into producing celery powder for use in cured meats, and the celery itself does not have to be organic.

Wrong. It’s a big, controversial deal. While it’s within the board’s purview to gradually delist certain agricultural ingredients from the roster of acceptable additives in USDA-certified organic foods—see the big kerfuffle over carrageenan—advocacy groups are urgently pushing for celery powder’s removal. And both Consumer Reports (where I was previously employed as a food editor) and Center for Science in the Public Interest (CSPI) are petitioning USDA to revise its labeling laws around the ingredient, which they say are “actively misleading” to consumers.

Celery powder stands distinct from other plant-based seasonings, largely for its use in curing meats (deli turkey and sausage, for instance). But unlike synthetic nitrates and nitrites, which accomplish similar processing objectives—more on this below—celery powder is allowable as an organic ingredient. At issue is the fact that a significant amount of processing goes into producing celery powder for use in cured meats, and that the celery itself does not have to be organic.

Additionally, unlimited quantities of this powder are also allowed in meats which are labeled “uncured” or “nitrate-free.” Consumer Reports and CSPI would like broad changes to processed meat labels, so brands like Niman Ranch and Applegate cannot call their celery-enhanced products uncured.

Celery powder, made by dehydrating, concentrating, and grinding down the green-stalked veggie, has a powerful ability to season, color, preserve, and disinfect cured meats.

Even the most dedicated celery enthusiast⁠—a juice cleanser, for instance, or an ants-on-a-log nostalgist⁠—probably doesn’t spend much time thinking about celery powder. But the humble ingredient, made by dehydrating, concentrating, and grinding down the green-stalked veggie, also has a powerful ability to season, color, preserve, and disinfect cured meats.

It does this job so well, in fact, that Applegate and Niman Ranch, which bill themselves as more conscientious meat purveyors than the ubiquitous Big Four, use celery powder as a greener-seeming, healthier-sounding alternative to the man-made additive sodium nitrite, which is used in conventionally cured hot dogs, ham, and bacon.

And therein lies the rub.

“There is little evidence that preserving meats using celery … is any healthier than other added nitrites,” says Dariush Mozaffarian, dean of the Friedman School of Nutrition Science & Policy at Tufts University. “Until industry provides strong evidence that nitrites in celery juice have different biologic effects than nitrites from other sources, it’s very misleading to label these [products] as ‘nitrite free’ or to consider such processed meats as being healthier.”

Uncured labels helped indicate to shoppers that the antibacterial powers of nitrates were not present in a meat product.

Though technically distinct, the terms nitrates and nitrites are often lumped together on food labels, and in discussions of their effects. Examples of these chemical compounds include potassium nitrate and sodium nitrite, which have been industrially produced for many decades to suppress harmful bacteria in processed meats, most notably the toxin that causes botulism. They also perform some extracurricular functions along the way, like providing a pinkish hue (baloney would be a flat gray without them), extending shelf life, and adding a singular but hard-to-define flavor profile.

“There’s a flavor we come to expect in cured meats that is unique and hard to quite put your finger on,” says Joseph Sebranek, Morrison Endowed Chair of meat science at Iowa State University. “Imagine the difference between ham and roast pork: Certainly there are stronger notes of salt and smoke in the ham, but it’s more than that. There is a unique flavor that only comes from curing.”

Forty or 50 years ago, manufacturers who wanted to process meats without man-made preservatives were largely out of luck. And those who’ve tried to sell truly uncured meats have ended up producing gray products with odd textures and flavors.

“I’m not trying to dumb it down too much here,” says Jeffrey Sindelar, professor of meat science at the University of Wisconsin, Madison, “but a truly uncured hot dog is just loose ground meat in a casing.”

In the 1990s, food scientists discovered that naturally occurring nitrites in vegetables were a perfect stand-in for a lab-produced analog.

USDA labeling requirements for meats containing nitrates have long offered producers and processors a binary choice: Traditional cured meats, with added nitrates and nitrites noted on the ingredient label, and “uncured” meats, aka everything else. And until about the 1990s, that seemed to work fine.

Sebranek says that four decades ago⁠—an era he describes as the “salad days” of nitrates⁠—a few manufacturers attempted to sell uncured bacon and other meats, with limited success. At the time, the uncured label helped indicate to shoppers that the antibacterial powers of nitrates were not present in a meat product.

But over time, consumer demands shifted. Fears of botulism and bacteria morphed into concerns over unhealthy, potentially carcinogenic preservatives. Finally, in the 1990s, food scientists discovered that naturally occurring nitrites in vegetables were a perfect stand-in for a lab-produced analog. Trouble was, most veggies changed the flavor and color of meat.

“I did a little experiment a while back, using nitrites from beets and radishes to cure meats at home,” says Sindelar. “The problem is, I got hot dogs that tasted like radishes and were bright red like beets!”

Celery powder came into favor because of its particularly high concentrate of nitrites, as well as a mild flavor that didn’t much impact the meat’s taste. But it was treated by regulators solely as a flavoring agent. Thus, a package of “uncured” bacon from Whole Foods could still include celery powder, typically only drawing attention with a tiny asterisk next to “no nitrites or nitrates added”: *except for those naturally occurring nitrates and nitrites in celery powder

There is a broad consensus that whether nitrites are man-made or come from celery or other vegetables, they are virtually indistinguishable to the human body.

Perhaps you’re wondering why the distinction matters at all. Loosely explained, in certain conditions—high heat, or bonding with a protein—nitrites convert to nitrosamines, compounds that have been linked to cancer. These links first came to light in the 1970s, after lab studies on rats and other animals showed a likely carcinogenic connection. The Food and Drug Administration (FDA) considered banning sodium nitrite, but ultimately declined.

Though the World Health Organization has defined processed meat as a known carcinogen, it’s yet to be proven whether nitrites and nitrates are the only cause. Still, there is a somewhat broad consensus that whether those nitrites are man-made or come from celery or other vegetables, they are virtually indistinguishable to the human body. “There is absolutely no difference in the way we process nitrites,” says Sebranek. “It makes no sense how these products are labeled differently.”

Ironically, traditionally cured meats are subject to clearly defined nitrate and nitrite limits, while “uncured” meats containing celery powder⁠—which every source I spoke with agreed are generally misclassified—aren’t subject to any limits. Tamar Haspel, a columnist for The Washington Post, noted this quirk in an April piece titled, “The Uncured Bacon Illusion.” She wrote: “When the nitrite comes from sodium (or potassium) nitrite, it’s regulated (allowable levels vary by product). There are no limits for nitrite from celery powder.”

“Non-organic celery is used to produce celery powder, with concomitant use of allowed conventional pesticides and fertilizers. These materials may pose risks to workers, consumers and the environment.”

In the letter submitted by Consumer Reports and CSPI to USDA’s Food Safety and Inspection Service (FSIS), the senders demand the agency “require a front-of-package declaration and clear ingredient labeling whenever nitrates or nitrites are used in meats, regardless of the source.” The petition cites widespread consumer confusion over “uncured” labels, as evidenced by a survey conducted by Consumer Reports, and points to the evidence that nitrites may be carcinogenic.

“When consumers see that uncured label, they assume they aren’t getting the same health impacts as with other cured meats. This is basically a form of ‘health-washing,’” says Sarah Sorscher, deputy director of regulatory affairs at CSPI. “A variety of groups like the American Heart Association and the American Cancer Society have weighed in on the dangers of processed meats, none of which are reduced with the use of celery powder.”

OrganicEye, a self-proclaimed organic industry watchdog (and an offshoot of the advocacy group Beyond Pesticides), has sent a petition to NOSB, which states that the “continuance of celery powder on the National List, violates the trust of consumers who seek out organic food as a safe haven from what is conventionally offered in the supermarket and all too often contains dangerous and risky ingredients.”

“In terms of human health risks from nitrates/nitrites in food, there is no difference between celery or other plant-based nitrate sources versus synthetic nitrates and nitrites used on non-organic meats.”

Thursday’s organic vote will determine if celery powder stays on the list of allowable organic ingredients for five more years. It comes on the heels of a lengthy discussion of the matter at an April NSOB meeting, including the convening of “a celery powder expert panel.” In minutes from that meeting, it was noted: “Non-organic celery is used to produce celery powder, with concomitant use of allowed conventional pesticides and fertilizers. These materials may pose risks to workers, consumers and the environment.” (In another bit of dark irony, an extensive Environmental Working Group study found that, among vegetables, non-organic celery absorbs the highest level of pesticides and other chemicals.)

Additionally, the minutes stated that, “In terms of human health risks from nitrates/nitrites in food, there is no difference between celery or other plant-based nitrate sources versus synthetic nitrates and nitrites used on non-organic meats.” Nonetheless, due to factors that included a lack of organic celery producers, or of adequate alternatives for curing organic meats, a subcommittee voted to keep celery powder on the list. That vote will be considered by the full board in making this week’s decision.

When asked to comment in advance of Thursday’s vote, a USDA spokesperson wrote, “The Department does not take positions on National List topics until after the Board makes a recommendation.”

UPDATE 10/25/2019 7:35 a.m.: The National Organic Standards Board voted 11 to 1 to keep celery powder on the list of acceptable organic ingredients. It will be up for consideration again in five years.