One of our most influential plant-based cooks was raised by a “fin-and-feather vegetarian” mother and a “pot roast-loving, botanist” father. She’s not into labels.

Over the past 30 years, Deborah Madison has become a widely celebrated authority on vegetarian cooking. Her 14 cookbooks starring vegetables—from her debut The Greens Cookbook (1987) to award-winning Local Flavors (2002) to best-selling The New Vegetarian Cooking for Everyone (2014)—have sold over 1.2 million copies. And they have found a place in the kitchens of cooks from every dietary stripe.

After a public declaration that she is done writing cookbooks, Madison’s newest release is the memoir An Onion in My Pocket: My Life with Vegetables (Knopf). Her personal recollections remarkably trace the transformation of American food culture, from funky-smelling hippie health food stores in the ‘70s to popularized plant-based everything, including steaks and seafood. Book cover of An Onion In My Pocket A Life With Vegetables by Deborah Madison.

Madison describes herself simply as a “food person” who is apt to find a handful of seeds, amaranth leaves, or a stray onion in her pocket—the anecdote behind her book’s title. That humble description suits someone who began her food career in the “vegetarian trenches” at the San Francisco Zen Center. But it ended up being her portal to the forefront of an emerging California cuisine—first at Alice Waters’s Berkeley restaurant, Chez Panisse, then as the chef of San Francisco’s renowned vegetarian restaurant, Greens.

Madison grew up in California’s Central Valley, the daughter of a “fin-and-feather vegetarian” mother and a pot roast-loving botanist father. She describes herself as “a girl yanked between plenty and scarcity” due to her parents’ contrasting attitudes towards food, especially meat eating. She writes, “It’s hard with food, as it is in all realms, to find the middle.”

From her home in a small town outside of Santa Fe, Madison has advocated for organic and sustainable agriculture. Yet when it comes to cooking and eating, she rejects labels, and remains firmly planted in the middle of the road—not always the safest space. Madison’s book recounts how when Jim Hightower, the outspoken progressive author and public speaker, was the Texas Agriculture Commissioner, he told her, “…the middle of the road is where you’re likely to get hit.”

Still, she writes, “I believe that if we are paying attention to what we eat and how we eat, we can figure out what foods are right for us.”

At a moment when food choice is a hot-button issue and the question of what to eat is a significant source of polarization, her perspective on how to navigate a middle way seems particularly timely and essential.

This conversation has been condensed for length and edited for clarity.

Lynne Curry: You have long rejected the “vegetarian” label and even wanted to avoid using it in the title of your book Vegetarian Cooking for Everyone. Why?

Deborah Madison: I have always seen my books as being about vegetables. If you want to put them in the middle of the plate, great, but you don’t have to.

I tried to clarify in this book that, to me, what’s really important is a deeper kind of nourishment, which has nothing to do with whether there’s meat on the plate or not. I’ve been labeled as a vegetarian and it’s not how I see myself. I like that kind of food. I gravitate towards it, but I’ve never wanted to get up on a soapbox and say, “This is the only way to eat.”

LC: Today, it seems hard to resist labels—vegan, flexitarian, omnivore. Why do you think these strict definitions do more harm than good?

DM: It’s really hard to resist because they somehow promise that you’re going to have a perfect life. But I think they’re harmful when they separate people, which they often do, because if you’re a strict anything, you won’t be able to break bread with others. I think it just throws up walls, you know?

Corn dogs, for example. I said, “What are they supposed to be like?” I had to go onto YouTube and learn.

LC: So, what is the alternative?

DM: One alternative is to keep your own definition, assuming you can manage to be such a perfectly wonderful person that others feel comfortable with you. But the other way is to walk down the middle of the road. It is possible to be neither this, nor that, when it comes to food preferences and just smile and say, “Thank you,” for whatever you’re served.

LC: What is your opinion of plant-based food today and where it’s heading?

DM: I think it’s going pretty fast in opposite directions. For myself, I’m not at all interested in the meat substitutes that have come out like the Impossible Burger. Mainly because I don’t have to have a burger anyway, and I’m not enthusiastic about GMO soy. There are amazing seasonal recipes that are new and complex and even zany. I’m glad that people are interested because at some point maybe they will embrace more ordinary recipes and vegetable varieties.

LC: Despite so much more awareness around vegetables, it still seems to be a challenge for people to prepare meatless meals.

DM: I think it’s because they’re called meatless meals. That says it all… “meatless,” what is that? This is the same problem that I struggled with for so long at Greens. It used to be so time-consuming to make meatless meals, but if people just relax a little bit and maybe find a recipe that doesn’t have to be a big deal. What’s so great about being alive today is there are so many easy options. If you know a gratin can be a main dish, then it becomes a no-brainer.

LC: Has anything about your way of eating changed?

DM: We’ve been in lockdown since March and that’s really kind of big because I cook for my husband who was really a meat eater growing up. So, I find myself cooking all kinds of things for him that we’ve never had before. Corn dogs, for example. I said, “What are they supposed to be like?” I had to go onto YouTube and learn. But I don’t really want to eat like that.

Nourishment is kind of a touchy subject for me because to me it means food that comes with kindness, with care, with generosity. That’s what matters most.

LC: Vegetarian food is generally equated with a better diet and health, but you write that you “abhor” this assumption. Do you think we need to change our definition of what it means to be nourished?

DM: There’s lots of unhealthy food that’s vegetarian. It’s not a free pass and there’s no guarantee. Coke and chips, for example. I’m especially thinking of children who are so targeted by food companies. I don’t think we can assume that the USDA [United States Department of Agriculture] is watching out for our interests because, it just isn’t.

Nourishment is kind of a touchy subject for me because to me it means food that comes with kindness, with care, with generosity. That’s what matters most.

LC: In your book you write how the meal chant at the Zen Center, “Seventy-two labors brought us this rice, we should know how it comes to us,” inspired you to reflect on the source of your food. Why do the complexities of producing our food matter?

DM: It matters a lot because these foods that are honestly raised have better value for the soil, for the earth, for water, for climate, for wildlife. And they often involve good practices, such as regenerative agriculture, no-till farming, and smaller farms. Groups like the seed savers exchange often pay better wages to their workers. But because they’re small, they’re not included in the government’s conversation about farming.

I drive around New Mexico, which is such a poor state, and you don’t see any gardens. They could be growing some food of their own. Why not? I’m a big farmer’s market believer. I’m in a CSA [community-supported agriculture] for the very first time in my life, because I don’t want to drive into Santa Fe. But I’m not sure if that’s enough. I think we need to decentralize our food systems, so that there are pockets of food varieties all over the country, not just in California, Kansas, and Iowa.

LC: Well, thank you so much for your time. Such a pleasure.

DM: Thank you so much.

Lynne Curry is an independent journalist based in rural Oregon and a contributing writer for The Counter. A former farm-to-table restaurant owner, she writes frequently about small-scale agriculture, animal welfare, and environmental sustainability issues. 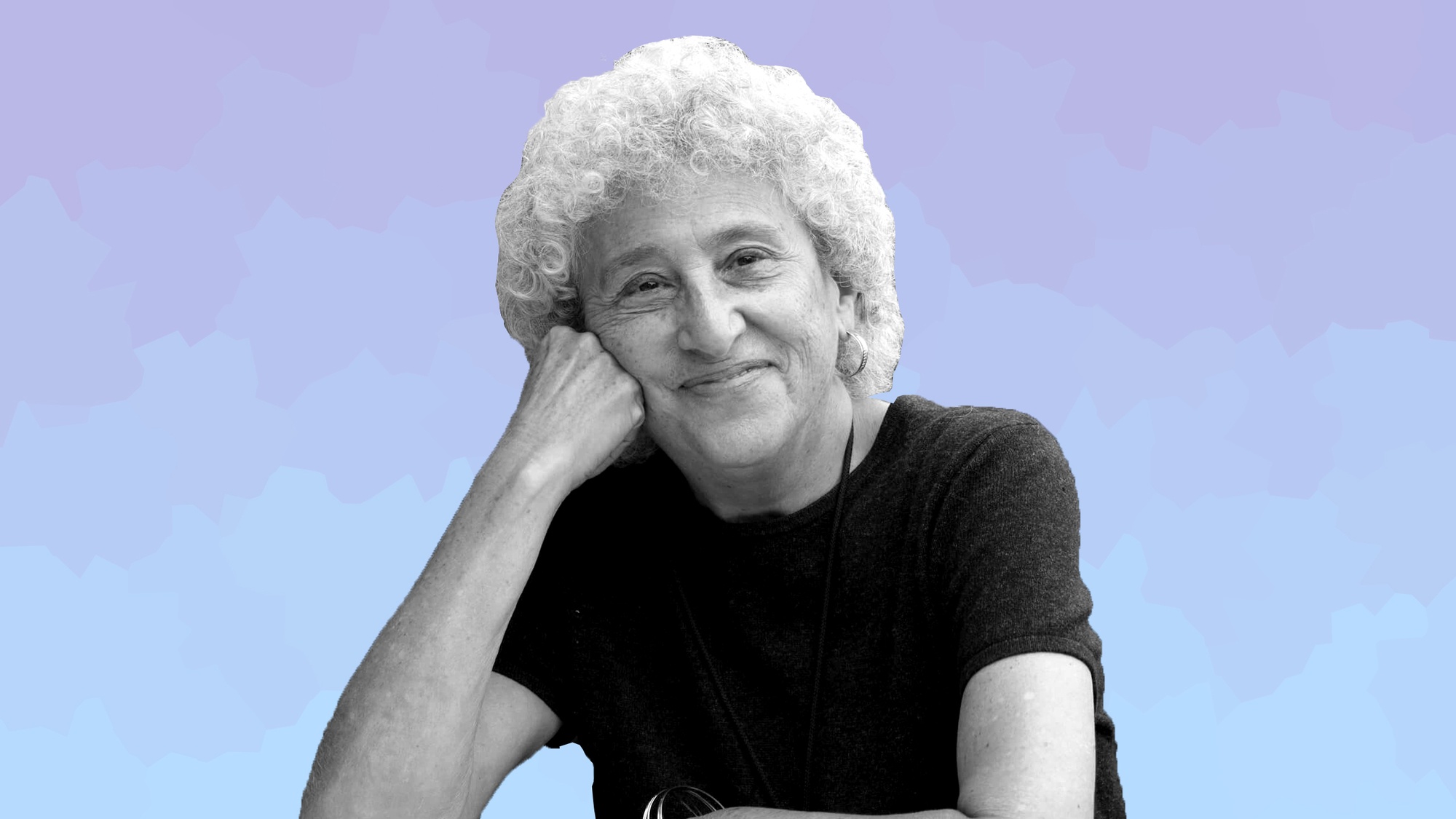 Are Americans willing to eat burgers with gloves on?