College students have typically had trouble accessing SNAP benefits even though many suffer from food insecurity. California colleges are stepping up their efforts to get students enrolled.

This past school year, Madeline Waters struggled to find a way to pay for food while also studying for classes. As a nutrition major at Sacramento State, she wasn’t unfamiliar with what skipping meals could mean for her academic career. So this spring she applied, yet again, for food stamps.

“I was really hungry, and my brain cells were barely functioning,” she said. “I was trying to get food and I’d fill out the paperwork and I was trying to make sure I covered everything.”

Waters had already been turned down twice for CalFresh, California’s name for the federal food assistance program. But in March, she said, her life dramatically changed for the better when her application was approved.

Waters’ success stems from a federal law passed during the COVID-19 pandemic that temporarily expands food stamp eligibility for college students. In response to the law, some California community colleges and universities are stepping up their efforts to help students apply for CalFresh. The new rules will remain in effect until 30 days after the Secretary of Health and Human Services declares the COVID-19 public health emergency declaration lifted.

Food insecurity can have a real impact on students’ academic performance and well-being, experts say.

“Average GPA is lower compared to peers who have their basic needs met,” Suzanna Martinez, an assistant professor of epidemiology and biostatistics at the University of California San Francisco, said during an April webinar. “We also know that (food insecurity) impacts mental health.”

“I was really hungry, and my brain cells were barely functioning.”

Before being approved for CalFresh, Waters said, she would she visit her friends’ houses for food, which took a toll on her relationships. Getting access to food stamps, she said, gave her the time and energy to start a new job as a behavioral interventionist for autistic children.

More than a third of California college students report experiencing food insecurity — meaning they don’t have reliable access to healthy food — according to the California Student Aid Commission’s 2018-2019 Student Expenses and Resources Survey.

Before the $2.3 billion federal pandemic relief bill passed in December 2020, students needed to work at least 20 hours a week to receive benefits unless they were enrolled in a federal or state work-study program or qualified under one of several specific exemptions.

Under the new law’s temporary provisions, any student who has an expected family contribution of zero on their federal financial aid report can now apply for CalFresh. Students can also apply if they are eligible for a work-study program, even if they haven’t enrolled.

When a Cal State Long Beach student logs onto the CalFresh website to apply, they can now send any questions to the university’s CalFresh team in real-time, using a chatbox on the site. Additionally, the university has summer drop-in hours to learn more about CalFresh, hosted on Zoom.

“I found myself being an advocate for people who didn’t really know about it. When I went to Chico, I found it really cool that they talked about it because I never had a school mention it before.”

“We were able to send out a letter (to), initially, 13,000 or so students that would otherwise be work-study eligible to let them know about CalFresh and that they were eligible,” said Kelly. “Out of that we had hundreds of applications.”

At California State University Chico, every student who uses the food pantry learns about CalFresh eligibility, said basic needs manager Joe Picard. The university’s CalFresh outreach program is staffed by students who know the CalFresh enrollment process and can help their peers figure out what documents they need to apply and what to expect next.

Aimee Ellingson, a CSU Chico student, said she finds CalFresh useful, especially because she can use her benefits to buy groceries at her local farmers market. She first received CalFresh assistance when she was a student at Butte College, but said no one there helped her obtain it.

“When I was at Butte College it was never talked about,” Ellingson said. “I found myself being an advocate for people who didn’t really know about it. When I went to Chico, I found it really cool that they talked about it because I never had a school mention it before.”

Once students return to campus in mid to late August, Chico expects to use a hybrid model where students will be screened over the phone, Zoom, and in-person for CalFresh eligibility, according to Emily Foxworthy, the campus’s CalFresh food & healthy living coordinator.

Food insecurity among students existed before the pandemic, but the coronavirus crisis exacerbated the issue.

“College students are having trouble meeting their basic needs, including food,” said Jared Call, a senior advocate at Nourish California, an organization that lobbies for affordable nutritious food at the local, regional, and state level. “High housing costs lead to students cutting food because people can’t cut their rent or medical needs. Food is always the first to get cut.”

“So one county counts a loan as financial aid and doesn’t count it as income, so then students are eligible for the program. And then other counties were considering some loans as income, so they were rejecting our students.”

As schools transitioned to online learning during the pandemic, many students lost access to campus food pantries. Some students weren’t able to access CalFresh in the first place because they were undocumented or had Deferred Action for Childhood Arrivals status, and did not qualify.

One challenge is that CalFresh benefits are administered by counties, which often take different approaches. For example, there’s no standard way that counties review students’ income.

“So one county counts a loan as financial aid and doesn’t count it as income, so then students are eligible for the program. And then other counties were considering some loans as income, so they were rejecting our students,” said Ruben Canedo, director of strategic equity initiatives at UC Berkeley. “And that was terrible that we have such drastic inconsistency.”

The letters Cal State Long Beach sent to students letting them know that they were eligible for CalFresh were intended to count as proof that they qualified, said Kelly. But some letters were not honored when students applied, he said. So he and his team called the Los Angeles Department of Social Services, which determines benefit eligibility for Los Angeles, and they agreed that the letters could be used to prove eligibility going forward, he said.

(The department did not respond to questions from CalMatters about the issue.) Madeline Waters in her Sacramento home on Tuesday, June 1, 2021. After obtaining food stamps, Water said she had more time and energy to apply for a new job.

On a statewide level, the California Department of Social Services recently sent a letter to all California counties, letting them know that they are no longer required to verify CalFresh eligibility unless they sense the student is providing any suspicious or fraudulent information.

Some legislation at the federal level would tackle the policy gap. Democratic Massachusetts Sen. Elizabeth Warren’s College Student Hunger Act, first introduced in 2019, would make permanent the changes to eligibility established during the pandemic.

“I was trying to work as much as I can as a student with no food, and it’s so hard.“

“We are recommending Congress to make those changes permanent,” said Carrie Welton, director of policy at the Hope Center for College, Community, and Justice, a think tank focused on students’ basic needs. “Then we have to ensure students and people who have the ability to communicate with students are aware of the changes and can clearly communicate them. The next step is ensuring that students apply.”

Waters said she’s grateful that a counselor at Sacramento State helped her through the CalFresh application process and laid out all of the paperwork. But students like her, who didn’t qualify before the pandemic, will likely not receive CalFresh benefits once the food stamp expansion expires. Even with Waters’ new job, her work hours vary each week, which could compromise her eligibility. She recalled what it was like before she received CalFresh.

“I was trying to work as much as I can as a student with no food, and it’s so hard,“ she said.

Salgado is a contributor to the CalMatters College Journalism Network, a collaboration between CalMatters and student journalists from across California. This story and other higher education coverage are supported by the College Futures Foundation.

Alejandra Salgado is a contributor to the CalMatters College Journalism Network, a collaboration between CalMatters and student journalists from across California. 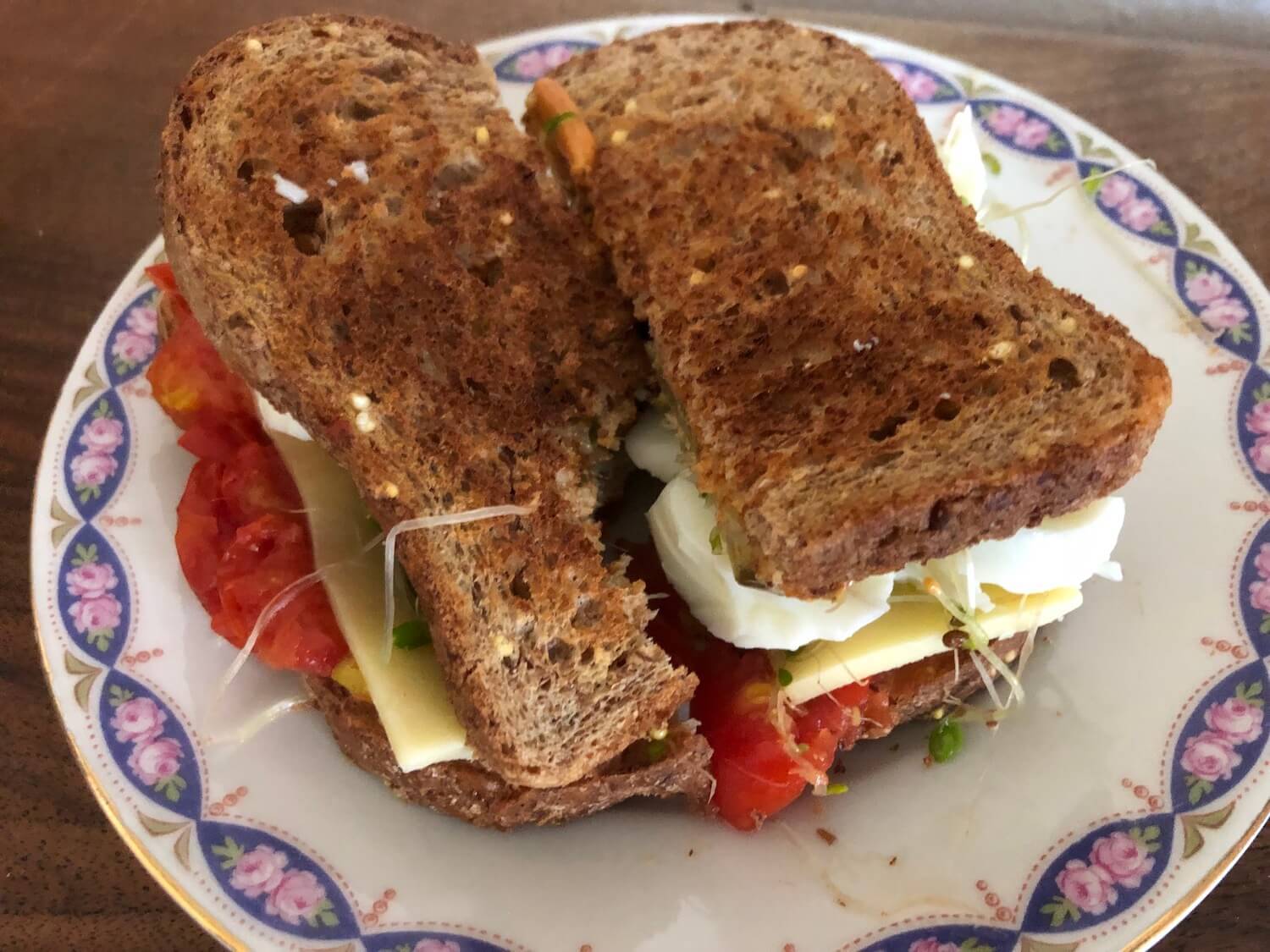