Erre Gálvez
Sourced from Inside

Critics of prison business often zero in on for-profit enterprises. But jobs that funnel prison-made food to public entities aren’t all that different.

This is the second installment of a three-part series. Read the first article here.

Many of the people who eat food produced in prison likely don’t realize where it originated.

The University of Wisconsin-Madison’s famous Babcock Dairy Store, for example, serves ice cream made from ingredients sourced from a dairy staffed by incarcerated people. In Washington state, a single week at a prison food factory in the fall of 2020 saw orders for vegan chili for a senior services organization, creamy turkey casserole for a behavioral health-care provider, and chocolate cupcakes (no icing) for a police department.

These foods are all part of a largely invisible supply chain that routes food from state prisons to government institutions and nonprofits. Elsewhere, food companies partner with correctional industries to hire incarcerated people through the federal Prison Industry Enhancement Certification Program (PIECP) and similar state-level initiatives. On paper, these initiatives pay wages at and above the federal minimum; in reality, incarcerated workers might see as little as 20 percent of their checks. Incarcerated PIECP participants have worked at an alfalfa farm in California, an egg producer in Iowa, and a frozen food factory in Idaho. The products are then sold on the open market under a variety of brand names.

And while the financial dynamics may seem less overtly exploitative than the business relationships outlined in part one of this series, the jobs themselves are not that different: low-paid, often lacking in basic labor protections, and often not optional. It’s just that the value generated by that labor is measured in cost savings to taxpayers and nonprofit organizations, not profits for companies.

Records obtained by The Counter disclose public-sector prison food sales in California, Georgia, Maryland, Virginia, Washington, and Wisconsin. For the most part, the records indicate that food products not used within the corrections system or sold to private companies are purchased by state hospitals and long-term care facilities. These include state-run psychiatric hospitals, veterans’ homes, and other residential treatment programs. In some instances, individual schools and food banks were also listed among purchasers. We found little evidence that public-school systems and state universities in these locations are purchasing prison-made food in large quantities across the board.

On paper, the Prison Industry Enhancement Certification Program, authorized by Congress in 1979, addresses one of the most prevalent criticisms of prison labor: pay. Through the program, which employs a tiny fraction of the total U.S. prison population, incarcerated workers ostensibly earn prevailing wages. But they see only a sliver of their checks.

PIECP rules allow corrections departments to withhold up to 80 percent of workers’ wages. In Idaho, for example, the state Department of Correction has taken advantage of these deductions: In the fourth quarter of 2020, the most recent data available, it kept 25 percent of workers’ total gross wages for room and board, and garnished an additional 31 percent of the money for “victims programs,” including court-ordered restitution. More was withheld for family support and taxes.

Hypothetically, a person making $7.80 per hour, the minimum rate paid to incarcerated people by partnering companies from 2018-2020 in Idaho, might have taken home just $1.95 per hour after deductions, $1.15 of which would go into a mandatory savings account. That leaves just $0.80 for an hour of work, or $32 for a 40-hour work week.

“Now, there are some lawmakers who like to say [incarcerated people] owe this money that they would otherwise be earning to the state that is gracious enough to provide them with room and board,” said Wanda Bertram, spokesperson for the Prison Policy Initiative. “That’s absolutely not true … even for people who believe in our prison system, which I don’t. The idea that the person who’s incarcerated should be paying for their own incarceration runs completely contrary to our knowledge of the prison system as a publicly funded and equally funded agency, right?”

Idaho moved forward with a PIECP-copycat initiative, passing legislation that codified a program allowing agricultural employers to contract with the state correctional industry and hire incarcerated workers. Workers under the Agriculture Work Program are classified as “trainees” and aren’t entitled to workers’ compensation or unemployment insurance, and the state is allowed to withhold wages to offset the cost of incarceration. Many of the current participants in the Agriculture Work Program have been partnering with the Department of Correction for many years.

Though Idaho shared the names of the companies that participate in its Agriculture Work Program with The Counter and PIECP participants are published online, it’s difficult to trace the food processed by incarcerated people to the restaurant menu or grocery store shelf. For example, Dickinson Frozen Foods in Idaho, a subsidiary of the Oregon Potato Company, hires incarcerated workers through PIECP to roast potatoes for $7.80 to $10.68 per hour. Online, Dickinson notes that it supplies “most major food companies” with frozen onions. The company did not respond to inquiries from The Counter about who purchases its products, but one truck driver who recently picked up a load at Dickinson said he delivered to a Stouffer’s plant. In 2007, then-company president Paul Fox told the Ontario, Oregon-based Argus Observer that Dickinson supplied onions to Wendy’s for its chili. Wendy’s did not respond to an inquiry about whether Dickinson continues to supply its onions.

Elsewhere, participants in the Agriculture Work Program include a cattle feedlot owned by Simplot, a company that supplies french fries to McDonald’s. The feedlot was developed to turn excess potato scraps into animal feed. According to records disclosed by the Idaho DOC, these jobs pay between $7.80 and $14 per hour before deductions. Here’s where else we could trace the food: Source: Public records from the Idaho Department of Corrections

Public-sector sales and better-paying jobs may address some of the more troubling financial dynamics inherent in the prison food industry, but they don’t solve other workplace issues, like worker safety. The pandemic has illuminated troubling workplace dynamics: Food factories and work programs stayed open even as workers said they felt unsafe. Incarcerated workers feared they’d face serious consequences, like the threat of solitary confinement, if they quit out of fear of being exposed to the virus. In at least one case, incarcerated people working in a food factory were likely infected on the job by nonincarcerated co-workers, seeding outbreaks back in their prisons.  Part three of this series will look at Covid-19 in prison food factories and other advocacy efforts to raise wages. 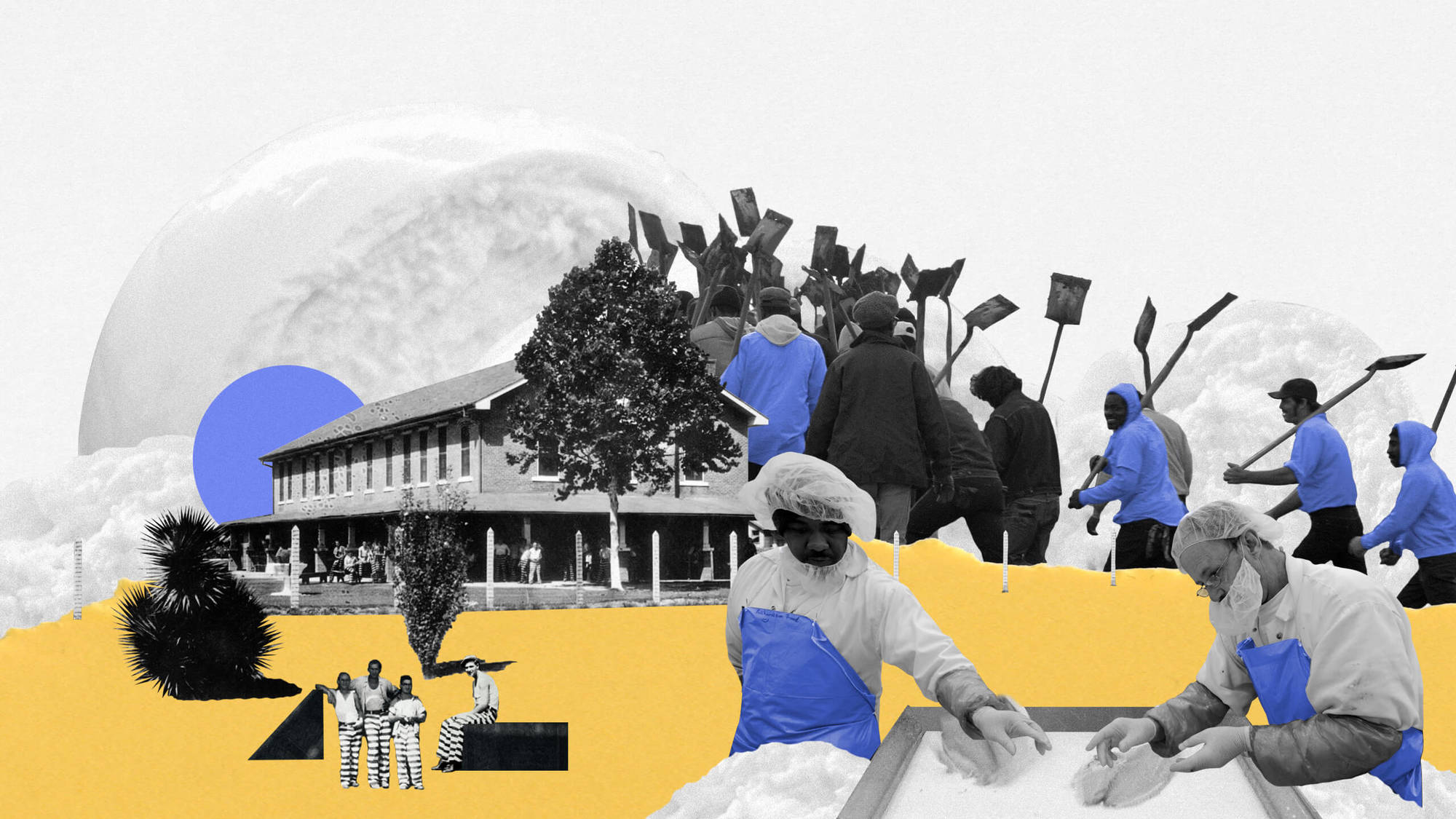 How corporations buy—and sell—food made with prison labor 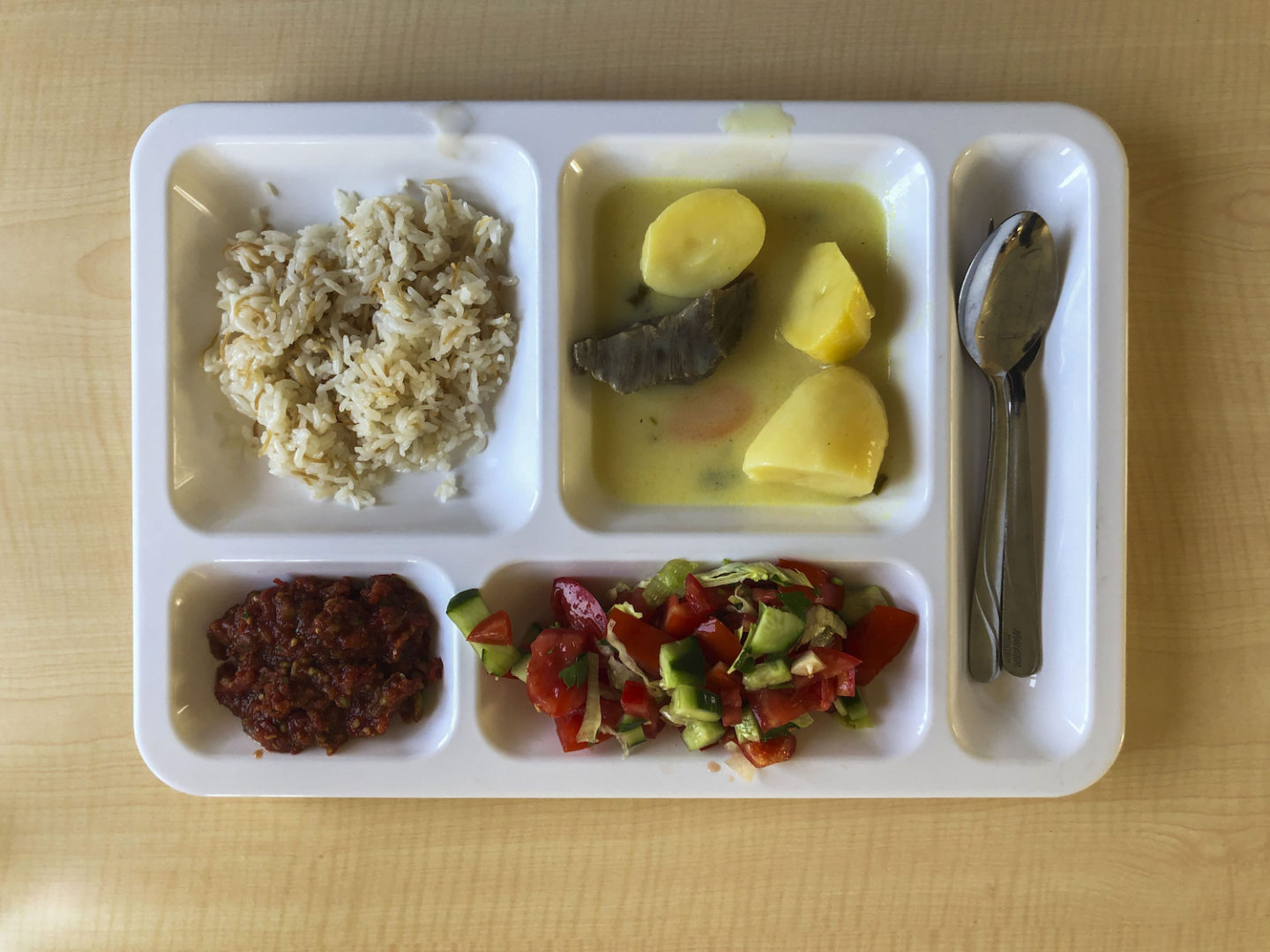