Even as the state distributed millions of N95 masks, many farmworkers are not receiving them. Few file complaints, fearing employer retaliation.

Availability of N95 masks for farmworkers looked as hazy as the orange sky in California this week.

Pictured above: Longtime Fresno area farmer Alvin Rocca, 82, thanks a Fresno County Farm Bureau employee for a supply of N95 face masks to be given to his field workers.

The respirator masks are the most effective shield against toxic air for workers who have to remain outside as wildfires rip through the Golden State. But farmworker groups reported workers have virtually no masks, while the state and ag groups say they have distributed millions.

As of Thursday, the California Office of Emergency Services, along with the California Department of Food and Agriculture (CDFA) have shipped close to 3.27 million N95 masks to agriculture commissioners in 35 counties and over 13 million cloth and surgical masks, according to CDFA spokesman Steve Lyle.

Fresno Agriculture Commissioner Melissa Cregan said that through partner organizations, the county has distributed 443,230 N95 respirators to growers and farm labor contractors. The masks are exclusively for employers, she said, to help them meet a state mandate that they make masks available to employees free of charge if the air quality index (AQI) for particulate matter 2.5 exceeds 151.

Workers are required to wear masks, per the same statute, if AQI exceeds 500.

According to the U.S. Environmental Protection Agency, anything above 150 is unhealthy for the general population, not just sensitive groups. The AQI has surpassed that in many areas, and the Valley Air District has warned all residents to remain indoors.

In a Facebook poll United Farm Workers Secretary Treasurer Armando Elenes conducted Wednesday, 335 farmworkers said they had not received an N95 mask, whereas 31 people said they had received one. That’s even worse than when he conducted a similar poll among 330 field workers on Aug. 21, when the state was only starting to distribute masks, and 278 workers, or 84%, said they didn’t receive an N95 mask.

“My question is, where the hell are they going?” Elenes asked.

Irene de Barraicua, spokeswoman for the statewide farmworker group Lideres Campesinas, also said “a high need” for masks persists in the San Joaquin Valley and across the state.

The disconnect between worker and industry groups may be political — industry groups want to be known as good actors, while worker groups want more resources. But both sides admit the state program lacks a robust mechanism to track where each single-use air filtering device ends up.

Carina couldn’t catch her breath. She felt like she’d been sprinting.

The farmworker was standing still, though, inhaling dust from the grapevine leaves she was removing and smoke from the wildfires raging through California. At that point in late August, the air quality index for particulate matter 2.5 exceeded 160, where she works in Delano, near Bakersfield. The AQI has since surpassed 151 multiple times in that area, and she has yet to receive a mask.

Carina asked to be identified by her first name because she feared workplace retaliation.

Carina said her supervisor, who responds to a farm labor contractor employed by Hronis, Inc. had a box full of N95 respirators to help filter the dirty air. But she said she was told that the masks would only be distributed if an inspector visited the fields. She wanted to complain but said she feared retaliation.

“It’s just hard,” she told The Bee in August. “It’s like they don’t think we are human.”

Pete Hronis, senior vice president of sales and marketing at the fruit wholesaler, told The Bee every worker received a mask and was trained on how to use it by the contractors. He said masks were available from the beginning of the poor air quality stretch. He said workers signed a contract confirming they had been trained.

“I care very much for all our employees,” he said.

Compliance with state air quality regulations isn’t easy when a brutal wildfire season crashes headfirst into a pandemic that has strained the world’s supply of N95 masks. But it has been weeks since the first stretch of hazardous air quality, and many employers haven’t gotten a handle on the situation, de Barraicua said. She believes a lack of communication between ag commissioners and growers might be the culprit. Kayleena Speakman, of the Fresno County Farm Bureau, gives a supply of N95 face masks to Biola farmer Donovan Failla, during a mask event at the bureau Friday morning, Sept. 4, 2020.

“What we know is you need to have a distribution and action plan. If you don’t have it and you’re expecting growers and labor contractors to go pick these up, it’s not really happening,” she said. De Barraicua added that communication issues are notorious issues among contractors and ag commissioners.

In Fresno County, ag groups like the Fresno County Farm Bureau set up over a dozen distribution days, where growers and contractors were able to pick up masks, according to CEO Ryan Jacobsen.

“Employers all over the county have driven here as quick as possible to make sure they get them for their employees,” Jacobsen said. “I’ve heard a ton of the success stories because of the impossible nature of trying to find these right now. Prior to this allotment being provided, we really had very few ways to comply with the regulation because N95s were not available.”

Jacobsen said he had not heard of farmworkers lacking or being sold masks. He said employers submit a form to the Farm Bureau that has their operation’s name and the number of employees that work outdoors in poor air quality or are exposed to pesticides, and receive five masks per employee. They also sign a contract that the masks will not be sold or redistributed.

Cregan, from Fresno County, said she had heard reports of employers charging employees for masks or failing to provide them. She believes those comprise “a handful of isolated cases.”

That’s a tall order for an agency that has already been stretched very thin, Cregan admitted.

“Every regulatory agency is in that same boat,” she said. “We have more to regulate than we have the resources to do. At that point, it becomes prioritization.”

In the six months of the pandemic, Cal/OSHA has cited a total of 11 employers for not protecting employees from COVID-19 exposure, according to a press release from the state department of industrial relations. The list excludes multiple workplaces where employees have died because of the virus, like Foster Farms in Livingston.

Cal/OSHA spokesman Frank Polizzi told The Bee they received 21 complaints between Aug. 21 and Sept. 8 related to wildfire smoke, “including complaints about exposure to unhealthy air quality in indoor and outdoor workplaces and the failure to provide proper respiratory protection.”

As a result, they opened 20 complaint investigations into employers that fall under agriculture, restaurants, retail, warehouses, and healthcare facilities.

“The investigations are ongoing and allow Cal/OSHA to get in touch with the employer to ensure the proper procedures are in place for protecting workers,” Polizzi said.

Ana Padilla, executive director of the University of California, Merced, Community and Labor Center, said the number of complaints would “absolutely be higher if a worker didn’t have to fear losing their job or not getting rehired for reporting workplace non-compliance.”

Padilla said workers could file anonymous complaints to Cal/OSHA, but often have to go through an arduous process, which doesn’t guarantee they’ll remain unrecognizable to their employer.

“There’s a disconnect between process and reality,” she added. “And so the reality is that 70% of the workforce is non-citizen. There is fear of retaliation.”

Madeline Harris, a policy advocate who works closely with farmworkers for Leadership Counsel for Justice and Accountability, suggested authorities make masks available for farmworkers directly to circumvent bad apples among employers and supervisors. She and several community-based organizations (CBOs) have received requests for masks from workers.

She said there weren’t enough masks to supply both individuals and employers separately, and even if CBOs were charged with distribution, “it wouldn’t prevent the problem.”

“They don’t have the ability to touch 100% of the farmworker population. Nobody really does,” she added.

De Barraicua, from Lideres Campesinas, agreed. She said her organization was getting calls from county ag commissioners about cloth masks for them to distribute “as if it’s a gift.”

The organization took it upon themselves to distribute masks, she said, but it’s not easy work, and the state has not helped with the cost of mileage. Many of the volunteers are farmworkers themselves, she added.

“You’re depending on the exact same undocumented people being deprived of masks,” she said.

Elenes worries the situation will only get worse.

Carina, the farmworker in Kern County, said there’s not much she can do because she can’t get her hands on an N95 mask. Instead, she hopes to help her 19-year-old son, who just graduated high school, earn a college degree.

“I want him to become aware because things are always going to be this way. As farmworkers, we keep waiting for the bare minimum, and it never arrives.”

This article is part of the California Divide project, a collaboration among newsrooms examining income inequality and economic survival in California.

Manuela Tobias is a reporter at The Fresno Bee covering income inequality and economic survival for the California Divide. She is a former staff writer for PolitiFact, where she covered politics, health care and immigration. She was also a researcher for Politico Magazine, a research assistant for a writer at The New Yorker, and an intern at New York Magazine. Originally from Buenos Aires, Argentina, she lived in New Jersey, London and Washington, D.C. before moving to the Central Valley. She has a B.A. in comparative literature from Georgetown University. Manuela is a Report for America corps member. 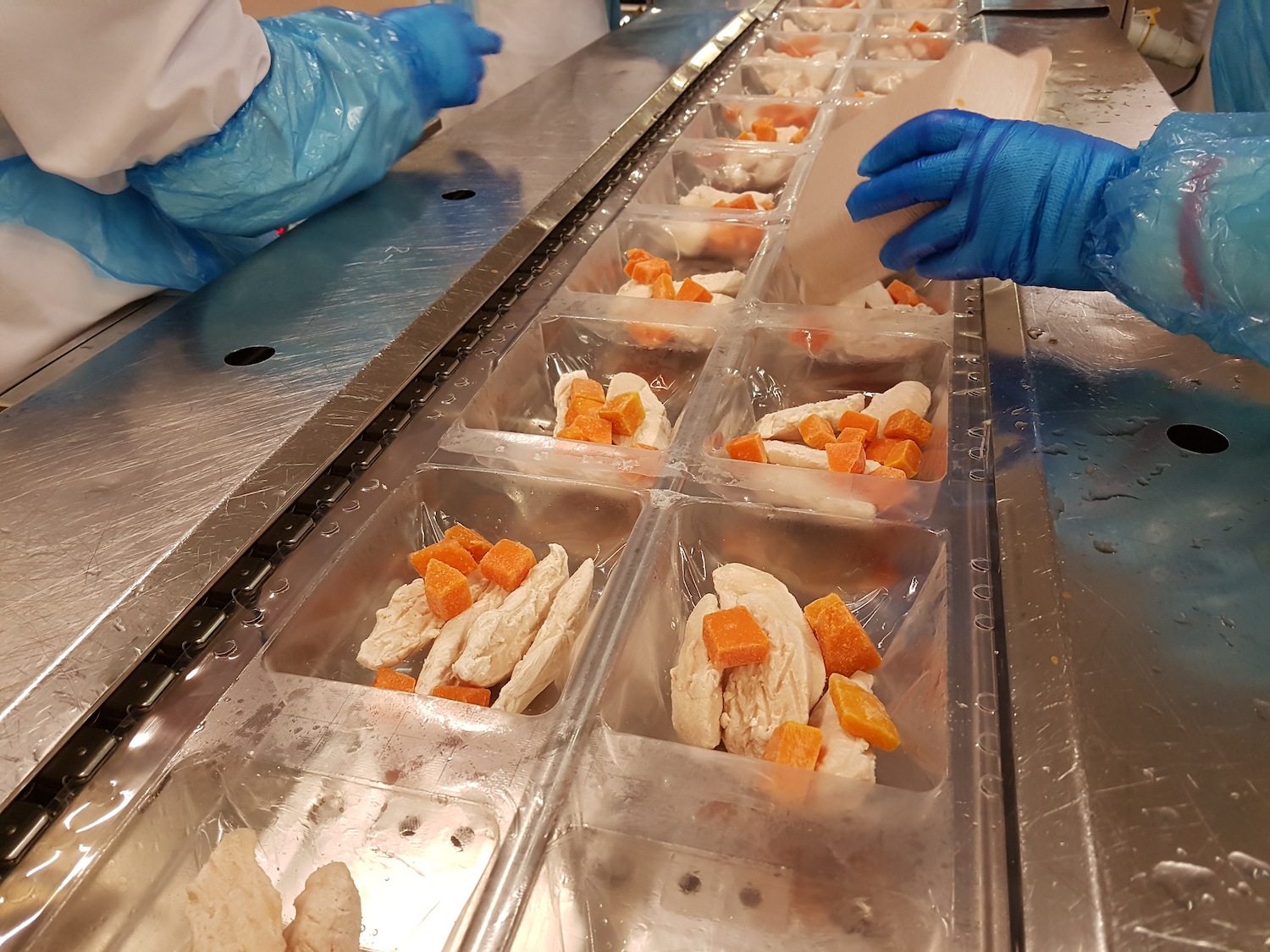