Biden is targeting non-compete agreements with an executive order. Here’s what that could mean for the restaurant industry. Workers of all stripes—from brewers to chefs to fast-food employees—are subject to non-compete agreements, which can restrict their ability to find new jobs or start their own businesses.

The Biden administration is cracking down on non-compete clauses—a common hiring mechanism that can restrict workers’ ability to find new jobs or start their own businesses.

On Friday, the President signed an executive order calling on the Federal Trade Commission (FTC), the agency that oversees consumer protection and antitrust, to “ban or limit” the use of these stipulations in employment contracts. The order was part of a broader initiative meant to promote competition in the U.S. economy, which also included funding to reduce concentration in the food supply chain among other aims.

“Competition in labor markets empowers workers to demand higher wages and greater dignity and respect in the workplace,” the White House wrote in a press release. “One way companies stifle competition is with non-compete clauses.”

This development could have particularly big ramifications in the restaurant industry, where non-compete restrictions have been imposed on workers in various capacities—from brewers to chefs to fast-food employees—in the past few years. While the prevalence of the practice may vary by region, one labor study published in April estimated that around one in six people working in food preparation or service jobs was bound by a non-compete agreement, according to a survey of nearly 67,000 workers.

“You would have to either leave the area or sit out the market for whatever the period of your non-compete is and then re-enter.”

Non-compete provisions typically prevent employees from leaving a job to work for a competitor or start a competing business within a certain region or time frame. Some businesses say that they depend on non-compete agreements as a form of protection for proprietary information, but they can also limit workers’ options when looking for future work, particularly in low-wage industries like food service and hospitality.

“If you work at a restaurant, and you have a noncompete, and you want to get hired by another restaurant down the street, or you want to start a restaurant, this non-compete would prevent you from doing this immediately,” said Evan Starr, an associate professor at the University of Maryland’s business school and author of the April study. “You would have to either leave the area or sit out the market for whatever the period of your non-compete is and then re-enter. The key idea is that it’s going to [get] workers to stay longer, stunt their mobility, prohibit them from taking better jobs in their chosen field, and reduce entrepreneurship.”

For example, readers may recall the infamous Jimmy John’s non-compete controversy of 2014. According to a Huffington Post report, the fast food chain required its employees and delivery workers to sign contracts agreeing not to work at any restaurant where sandwiches comprised 10 percent or more of total revenue (that’s right—not just sandwich businesses but any store that sold sandwiches or wraps) within three miles of a Jimmy John’s location for two years after leaving the company. Following an investigation from the New York attorney general’s office, Jimmy John’s dropped the clause in late 2016.

Other notable cases include a 2018 lawsuit filed by a craft brewery against a former employee, who quit to take on a similar role at another company 100 miles away, as well as multiple instances of chefs being forced to wait out lengthy noncompete periods before they could resume working at restaurants.

“If your employer knows that you can go around the corner and get a better job or better wages, then they have to pay you better, they have to treat you better.”

To some labor researchers, these dynamics may not just reduce job options—but could also compel workers to put up with poor working conditions.

“For non-unionized workers, which are the vast majority of workers in this sector, the only source of economic leverage they have with respect to their employers is their implicit ability to quit their job and go find a better one,” said Heidi Shierholz, an economist at the Economic Policy Institute and former chief economist at the Department of Labor under Obama. “If your employer knows that you can go around the corner and get a better job or better wages, then they have to pay you better, they have to treat you better. That’s the source of any leverage that a worker has. A non-compete agreement is in no uncertain terms just employers taking that away.”

Although some states have local legislation limiting the use of non-compete agreements, labor researchers point out that a federal ban would give workers across the country consistent protections. Additionally, FTC oversight could embolden employees who find themselves faced with non-compete provisions in job contracts, but have little leverage to push back.

“Laws to restrict non-compete agreements are less effective if they depend on the individual worker to enforce them, because workers—especially low-wage workers—are less likely to risk being sued or hiring a lawyer,” said Sachin Pandya, a professor at the University of Connecticut who specializes in employment law. “A government agency like the FTC has more power and resources to identify and sue employers who use illegal non-compete clauses, and thereby better deter other employers from using them, too.”

“For non-unionized workers, the only source of economic leverage they have with respect to their employers is their implicit ability to quit their job and go find a better one.”

Now, the question for observers is whether the Biden administration’s executive order will enable the FTC to do the same for non-competes. As of right now, how exactly the agency determines to restrict non-compete agreements is up in the air.

“The devil’s in the details,” Shierholz said. “How this actually plays out will determine how effective it is.” 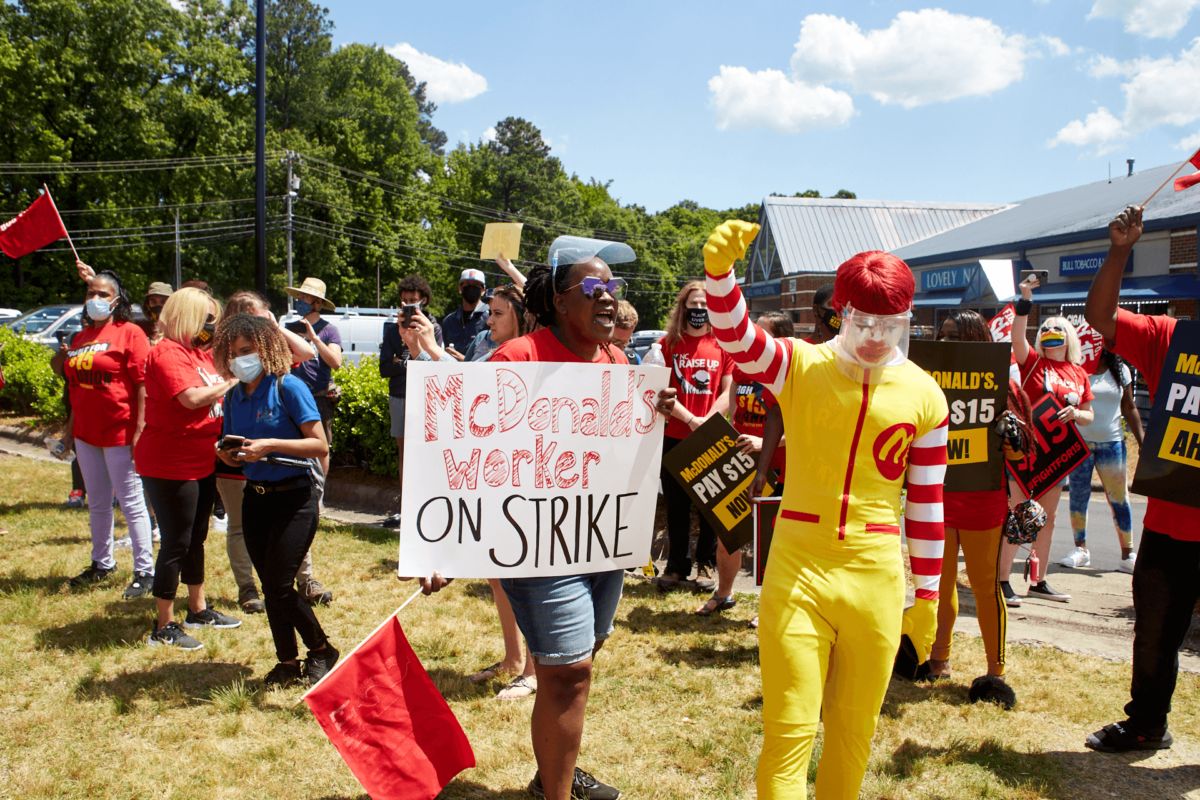