The battle for better food and a better balance between profits and public benefit still counts, but apparently it’s being fought somewhere else.

How does Whole Foods CEO John Mackey feel about becoming part of Amazon? He loves it. It’s a dream come true—literally, a dream that he had years ago and woke up and told his wife about. He knows that Amazon is going to keep its hands off the quality of the food. It’s going to let Whole Foods be Whole Foods, just like it let an earlier acquisition—Zappo’s—continue on its own path. That’s what he told employees in a town hall meeting that was transcribed for the Security and Exchange Commission and reported on in The Washington Post this week.

If your point was that there would still be stores called Whole Foods filled with wonderful produce and ethically raised meat, and that you’d still be the CEO, then yes, that’s probably going to happen even after Amazon takes over. (I should qualify: This is not a done deal, and more than a few people are expecting other bidders to emerge.) If your point was that the Whole Foods you created—a mission-driven company with a commitment to conscious capitalism and human health—is going to survive, then you’re almost certainly wrong. That company, for better or for worse, is gone; arguably it ceased to exist when Jana Partners took its stake and started agitating for better investor returns. It’s not coming back.

Why? Ultimately because the cultures of Amazon and Whole Foods are as diametrically opposed as it’s possible to be. Whole Foods is all about John Mackey’s view of the world, and customers be damned. (Think I’m exaggerating? Go to a Whole Foods, buy a few staples, and check the cash register tape. Customer be damned.) Amazon is a finely tuned business organism that experiments with new ways to get customers exactly what they want quicker and cheaper than they can get it anywhere else. Jeff Bezos probably has a vision, but it almost doesn’t matter. The customers drive everything, and nothing is immutable but the commitment to listening to them and serving them. Amazon can say that it will keep its hands off of Whole Foods, but I suspect that promise is good just until the customer data starts pouring in.

Amazon is a finely tuned business organism that experiments with new ways to get customers exactly what they want quicker and cheaper than they can get it anywhere else.

But what about Zappos? Didn’t Amazon leave the shoe retailer alone? Sure, but as business, technology, and media analyst Ben Thompson points out, part of Amazon’s M&A strategy is to acquire captive customers for its web services business. Zappos was a perfect fit—it was already doing business on the web and needed the kind of services Amazon provides. Whole Foods is not yet an ideal internal customer for Amazon, but it could be if it moved more in the direction of e-commerce. What do you think the odds are that it will make exactly that move under its new management?

It’s likely that Amazon doesn’t have a hard-and-fast plan for Whole Foods. It’s a company rooted in innovation through experimentation, and Whole Foods gives it a fine platform it can use to experiment in a part of the world it is intensely interested in—food.

“Amazon almost certainly doesn’t know yet how exactly Whole Foods will fit into its long-term plans,” wrote Farhad Manjoo in the New York Times. “You can expect it to make few dramatic changes to Whole Foods in the near future. Instead, Mr. Bezos and his team will most likely spend years meticulously analyzing and tinkering with how Whole Foods works. They will begin lots of experiments. When something works, they will do more of that, then more, and then even more. They may take over the world all the same — and, in the process, probably usher in big changes to large swaths of the economy, affecting everything from labor to urban planning — but they’ll do it in ways we won’t be able to predict now.”

Put that vision up against John Mackey’s, we’ll-change-but-we’ll-be-the-same approach. They’re incompatible, and in situations like this, the guy who put up the $14 billion generally prevails.

And how bad would that be? Let’s assume that in a few years’ time, there’s something called Whole Foods that sells more or less what Whole Foods does now to more or less the same kind of people it sells to now. The company has given birth to a whole bunch of new stuff, but the old stuff is more or less intact. For the sake of the discussion let’s set aside the fact that the new stuff will probably be a lot closer to Amazon’s usual—super-engineered, hard on employees, and squeezing suppliers for every cent. How much should we miss the old company?

Where I used to go through the door and think, “I’ve gotta have some of this,” now I feel like I do when it’s time to go to Sears: “Are you still here?”

To me that’s hard to answer. I love the idea of Whole Foods—mission driven, stamped indelibly with the personality of its founder (even when does and says dumb, dumb things), committed to changing customer behavior rather than just giving folks what they want. The actual store, though, can be kind of awful. The prices are too high to give any credibility to the idea that the store is changing the way people in general—rather than just the one percent—are eating. Sure, it educates people, but a lot of that education seems to have resulted in enabling a huge cadre of snobby dietary fussbudgets. Whole Foods’ greatest success is that it persuaded a bunch of otherwise rational people that they should pay outlandish prices for foods that are only marginally more nutritious and kinder to the environment than what they’d find in a conventional grocery. You can interpret that as a good thing, but it’s not.

Maybe it’s just me, but in recent visits to Whole Foods, I’ve felt like I was looking at something whose time had passed. Sure the vegetables still glowed and the fish glistened. But something is different. Where I used to go through the door and think, “I’ve gotta have some of this,” now I feel like I do when it’s time to go to Sears: “Are you still here?” (The answer to that one: just barely). The battle for better food and a better balance between profits and public benefit still counts, but apparently it’s being fought somewhere else.

But I’m probably prematurely elegiac. As I write this, stock in Whole Foods is trading at more than $43 a share—a buck or so above what Amazon has offered. That means that a lot of folks on Wall Street are betting that the bidding isn’t over. There may be chapters yet to come.

In the meantime, John Mackey, thanks for the uplifting remarks you gave you employees. That kind of attitude toward workers is far too rare these days. But in the meantime, something you care about has died. There are many steps to grieving, and denial is just the first. It’s time to get on with the rest. 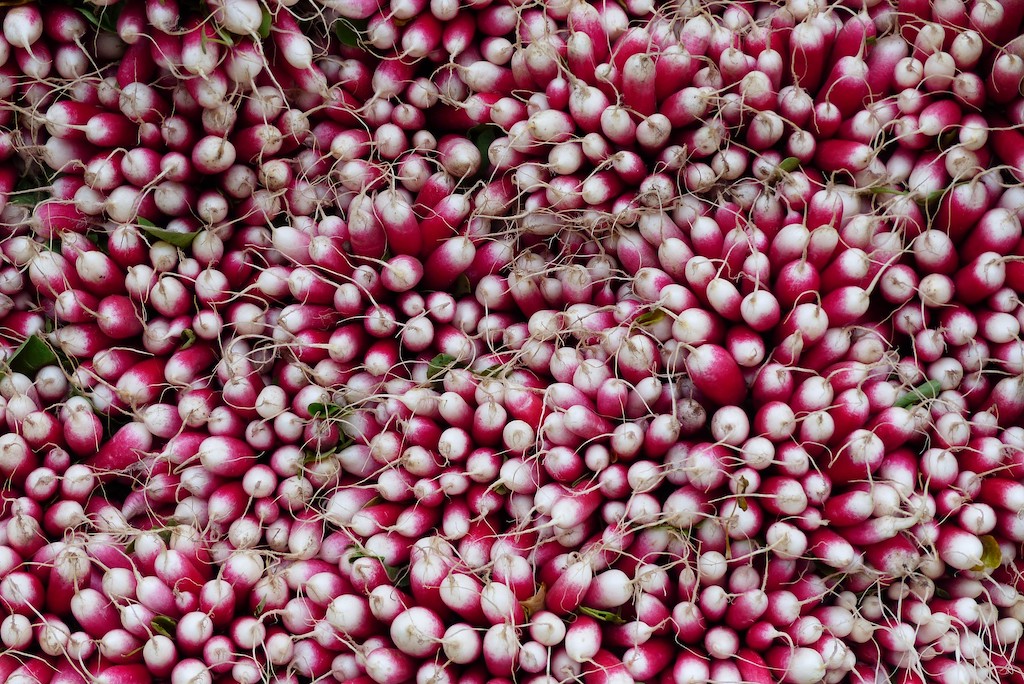