In the village of Hatch, New Mexico, at a chile shop cloaked in red ristras — the ornamental strings of chiles that often adorn doorways and windows in the state — Jessie Moreno, the young farmer who owns the store, tallies up sales, offers free samples and cranks an iron basket-topped chile roaster.

This story was originally published at High Country News (hcn.org) on Oct. 25, 2021.

“This little festival is like a gold mine for us,” said Moreno, 21, gesturing toward three hissing chile roasters. A smoky, pungent aroma rose from the tumbling specimens of Capsicum annuum and permeated the air. The town’s annual Hatch Chile Festival bolstered sales for two days, attracting around 15,000 chile connoisseurs and hobbyists from as far as West Virginia, Louisiana and Florida, in a welcome boost after last year’s pandemic-caused hiatus. Even so, Moreno and other local farmers couldn’t help worrying about the crop’s uncertain future and its profitability.

The continued drought and an unprecedented workforce shortage worsened by the COVID-19 pandemic have rattled the agribusiness that is central to the state’s identity, said Stephanie Walker, a chile specialist at the Chile Pepper Institute at New Mexico State University, one of a handful of research centers in the world dedicated to the plant. “We’re definitely at a breaking point now.” Chile peppers, which are originally native to South America, were introduced to the harsh, iron-rich red earth of what’s now New Mexico by Spanish colonizers over four centuries ago. But it wasn’t until 1921 that Fabián García, a Mexican American horticulturist, developed the long green chile pepper after years of researching and cross-breeding plants from Hispanic family gardens. It quickly became a customer favorite: Green chile is now smothered on burritos and used as a seasoning for popular snacks like popcorn and crackers — even mixed with lemonade. When the leafy, pod-bearing plant ripens at the end of summer, it becomes a red chile pepper, which has a sweeter and mellower taste and is also used in a variety of New Mexican dishes. Though long green chiles are also commercially grown in Mexico, Arizona, California and Colorado, locals and chile enthusiasts believe that the combination of the high desert climate, sandy loam soil and water from the Rio Grande gives the chiles grown in the Hatch Valley a distinctive flat and earthy flavor. New Mexico, which proudly calls itself “the chile capital of the world,” boasts an official state question: “Red or green?”

But now, the state is asking a different question: Can its iconic crop weather the changing climate?

New Mexico’s hottest commodity is delicate. It doesn’t thrive below 60 degrees Fahrenheit and can be killed by even a light frost, but it can also be harmed by high temperatures; it doesn’t fruit above 95 degrees. (Botanically speaking, chiles, like tomatoes, are fruits, not vegetables, because they have internal and edible seeds.) This doesn’t bode well in a climate that’s growing hotter and more unpredictable every year. In just two decades, the Southwest is projected to heat up by more than the global average of 2.7 degrees Fahrenheit. It will also be increasingly battered by extreme weather events like spring freezes and heat waves, according to an August report from the Intergovernmental Panel on Climate Change.

This year, spring heat waves accelerated snowmelt evaporation in the Rio Grande, leaving both the river and Elephant Butte Reservoir, which it feeds, with a dwindling supply of water for agriculture in  the southern part of the state. With the reservoir hovering around 5% of capacity over spring and summer, the Elephant Butte Irrigation District provided surface water to farmers in southern New Mexico for just 27 days this growing season. It was one of the worst curtailments in the irrigation district’s history in over a century, according to J. Phillip King, a water resource consultant for the district. “This is an unfortunate, disturbing pattern that is setting in — a multi-decadal drought now superimposed on an increasingly arid climate.” The Rio Grande flows between chile fields around Hatch, New Mexico. Jessie Moreno’s father used to irrigate his chile fields with water from the river all growing season, but now Moreno must pump groundwater to irrigate, which is costly.

The uncertainty about climate, water and water rights is a constant worry for Moreno. The son of two migrant workers who labored in chile fields and processing plants, he is proud to run his own family-owned chile business, which he hopes to eventually pass on to his 1-year-old son. But he wonders if there will be any water available for chiles by then. “I really hate to see the chile in this valley go down,” Moreno said forlornly.

Back at his farm, Moreno stood looking out at the 9.5-acre field he leases. “It’s crazy that all our water is gone,” he said. “My dad used to tell me that before these two decades, he could get water from the river from February till fall.” But that’s no longer true: To supply his plants this summer, Moreno had to pump groundwater from his 30-foot-deep well. It cost him thousands of dollars to irrigate his chile fields using the pump.

And even that last resort might not last for long. Increased pumping is lowering the water table, and the saline concentration in some wells has tripled or quadrupled, damaging the plant’s roots and causing wilt and other diseases. The legality of pumping groundwater is also up in the air. A U.S. Supreme Court lawsuit between New Mexico and Texas over groundwater pumping along the Rio Grande could further cut the amount of groundwater available for chile farmers and reduce the crop’s acreage, according to King, a witness testifying in the case. The case has lasted eight years now, and a ruling is still pending.

Beyond the climate woes, chile farmers are also facing a labor shortage. “Nobody wants to work,” said Rigo Gutierrez. He and his wife, Maribel, a bubbly farmer and chile laborer in her late 30s, run a seasonal shack two miles from Moreno’s shop. In past harvesting seasons, the couple hired four family friends to pick and roast. This year, they’ve had to do everything themselves.

“It’s crazy that all our water is gone.”

Laborers harvest the fruit almost entirely by hand before the chiles turn red in late October. Starting in July, pickers head into the rows of crops with plastic buckets, grabbing the pods with the right “squeeze” and dashing back to waiting pickup trucks as soon as their buckets are full. The state needs about 3,000 seasonal workers for the $50 million industry, but this year it’s been short about 1,350, said Joram Robbs, executive director of the New Mexico Chile Association. “This year is even worse than last year, when everything was shut down,” Robbs said. He blamed federal pandemic unemployment benefits, which expired at the start of September.

As an incentive, in mid-August, industry leaders negotiated with New Mexico Gov. Michelle Lujan Grisham to use $5 million of the federal pandemic relief fund to boost wages among chile pickers and process plant workers up to $19.50 per hour, almost twice the state’s minimum wage of $10.50 per hour. By early October, according to Robbs, the incentive had eased the hiring shortage for farms and processing plants, though the problem was far from resolved.

Some smaller farmers, scientists and labor rights activists are ambivalent about the one-time cash infusion, saying the worker shortage is less about the unemployment benefits than it is about historical labor and immigration injustices. According to the Border Agricultural Workers Project, a nonprofit that has organized farmworkers in the Borderlands for over 30 years, the average annual chile-picking wage of immigrant laborers has risen by only about $1,000, from $6,000 to $7,000. However, the cost of living in the U.S. has almost doubled from what it was in 1993, according to the Bureau of Labor Statistics. Chiles are piled up during the annual Hatch Chile Festival.

During the pandemic, the job’s backbreaking nature was compounded by the lack of personal protective equipment, sanitation and hand-washing facilities. “(It’s) not that there’s no workers available for the chile harvest,” Carlos Marentes, the director of the Border Agricultural Workers Project, said. “It’s an issue with their safety, wages and working conditions.”

In recent decades, chile fields have given way to less labor-intensive, more profitable crops like pecans and alfalfa, which, ironically, consume a lot more water than chile. As a result, the chile-harvesting acreage in New Mexico has shrunk from an all-time-high of 34,000 acres in 1992 to around 8,000.

Still, here in the Hatch Valley, farmers like Moreno uphold the tradition of growing a beloved and iconic plant. As chiles tossed in the roasters behind him, Moreno told me that the money he makes at the chile festival will bring him one step closer to his dream of owning a 30-acre farm. “My parents came from nothing and built it up,” he said, referring to the shop he runs and the acres he currently leases. “And I am not about to lose it just yet.”

Wufei Yu/High Country News is an editorial intern at High Country News. Born and raised in Beijing, China, Wufei Yu reports on the intersection of nature and the under-represented communities in the West for the South desk from Albuquerque, New Mexico. In California, some wells are starting to spit out sand instead of water, as farmers drill deeper in search of groundwater to farm their thirstiest crops 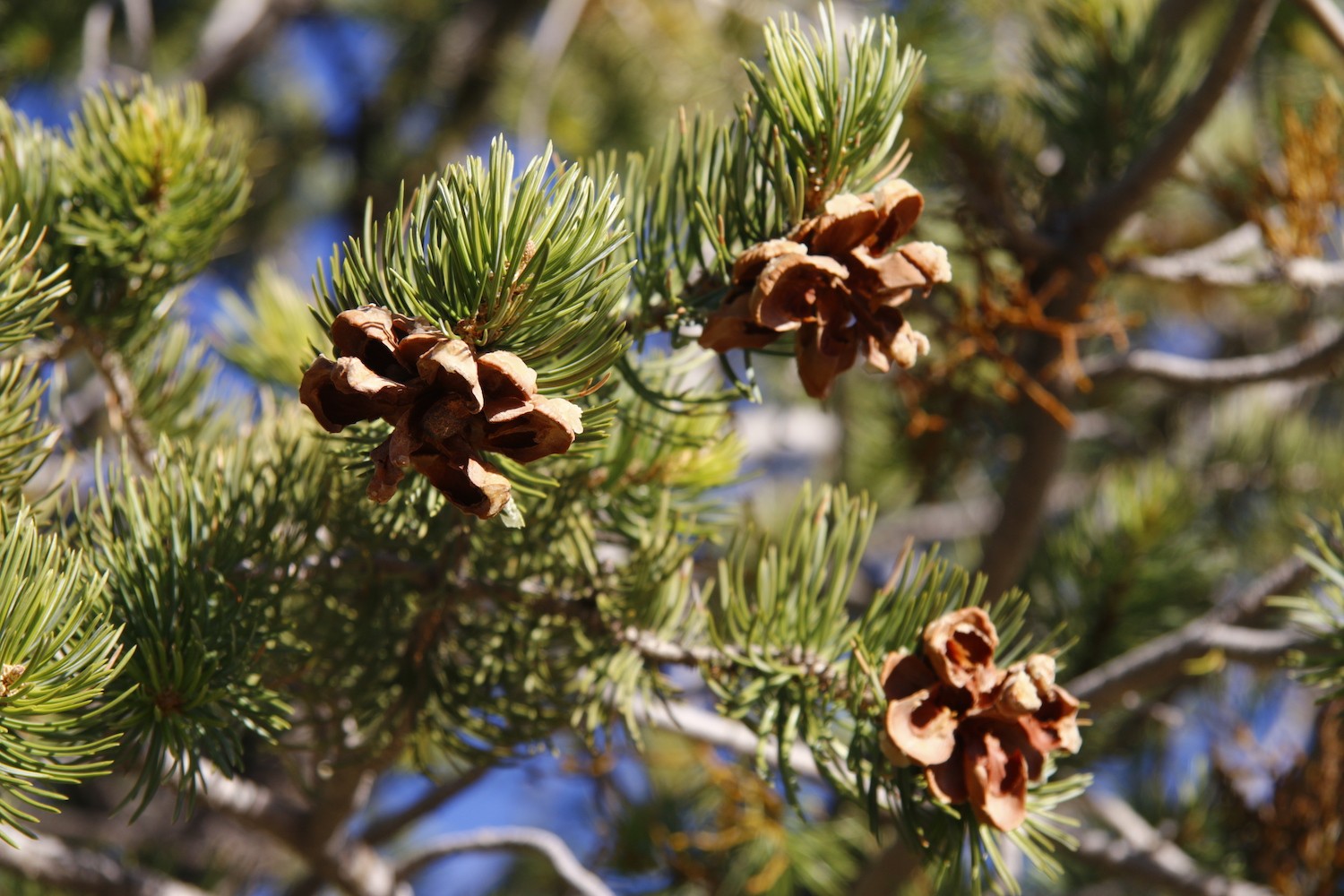