One of my ultimate “comfort shows” is “Diners, Drive-Ins and Dives,” otherwise known as “Triple D.’” I’ve watched the 14-year-old Food Network program since I was in my early 20s, often with my uncle Willie, who had a deep and abiding love for old-school diners. Much like the Great British Bake Off, Triple D is a warm hug and a lovely dose of escapism. The worst thing that ever happens is when host Guy Fieri refuses to eat eggs. (As fans know, Fieri hates eggs.) In a recent piece for The Atlantic, staff writer Megan Garber captures some of the magic behind the show. For one, Fieri never says anything negative about the food he eats on the air. “Instead, his show elevates enthusiasm into an art form,” Garber writes. “He visits restaurants to learn about them, and to learn from them. He insists that he’s not a food critic” but rather, a “food highlighter.” More importantly⁠—as Garber points out⁠—“Diners, Drive-Ins and Dives” isn’t actually about food. “It’s a travel show, an exploration of individual places, as seen through some of the restaurants that nourish the people who live there,” she writes. “Triple D is a national show that celebrates local life.” Well into his 80s, my Uncle Willie loved driving around aimlessly until he found a new diner to try. Toward the end of his life, when his energy was low and he had to carry an oxygen tank everywhere, going out to eat became too challenging. During this time, Triple D brought him a lot of comfort. I’ll always be grateful to Fieri for that (even if he made ignorant comments about restaurant workers).
—Tina Vasquez 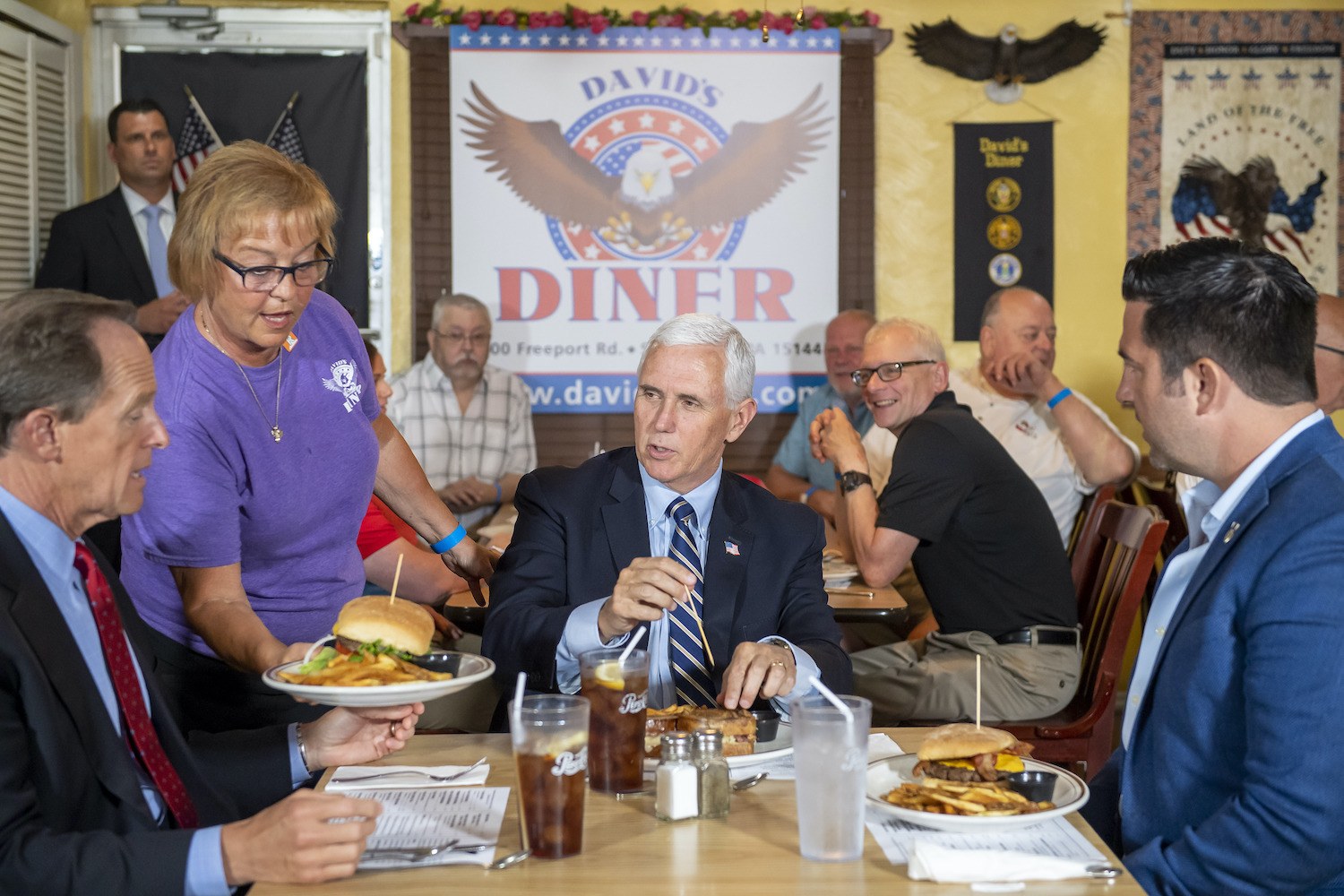 Why are journalists always visiting diners in Trump country?