With farms, ranches and rural communities facing unprecedented threats, a worrying trend leads to a critical question: Who owns the water?

Ghost cattle — 200,000 made-up heifers. A massive fraud rocking eastern Washington’s arid ranching communities, leading to criminal charges and bankruptcy. The Church of Jesus Christ of Latter-day Saints and a Bill Gates-owned company duking it out at the auction block, each willing to spend more than $200 million to buy 22,500 acres of ranchland and its associated water rights. These were just some of the headlines from this past summer when Cody Easterday of Mesa, Washington, pleaded guilty to defrauding Tyson Foods and another unnamed company of more than $244 million. He did so, according to court documents, by billing for the care of those imaginary animals.

After he pleaded guilty, the bidding war started. In June, the Church’s agricultural holding company beat out Gates’ 100C LLC, cementing the Latter-day Saints as one of the largest commercial agricultural landowners in the Western United States.

That’s raised troubling questions about land consolidation, a decades-long trend fueled by the demise of the family farm. But there’s a more complicated, and potentially troubling consequence to that purchase.

This piece is part of a collaboration managed by the Institute for Nonprofit News, originally published in Columbia Insight. For more stories in the Tapped Out series, click here.

As Western lands are consolidated, so too are the rights to use the water that flows under and over those lands. As the Pacific Northwest gets warmer and drier, water is becoming a hot commodity that’s attracting investors — whether it’s the Latter-day Saints, large agricultural interests or New York investors.

And while state laws across the region regulate how, when and why water rights are sold, some worry it won’t be enough to hold back the tide.

“I think we are ripe for the picking in terms of speculation and people coming in and trying to get their hands on these water rights,” says Rachael Osborn, a longtime water lawyer in Washington State and cofounder of the Washington Water Trust. “A lot of people are now thinking they are sitting on pots of gold, and they have every intention of trying to sell their water rights when they no longer need them. It’s really unfortunate that we’ve gotten to this point, where people think they can make a lot of money off water.”

While dramatic, the Easterday land consolidation — and its possible impact on water rights ownership in the rural West — is hardly an isolated example.

Just this year a Wall Street-affiliated company attempted to acquire private water rights throughout the Columbia River watershed in Washington. The broad proposal would have allowed the company to bank and then sell or lease that water. Crown Columbia Water Resources LLC, which is connected to a Wall Street-backed investment firm, filed the application with the Washington State Department of Ecology. After substantial public blowback that effort was suspended earlier this year.

“A lot of people are now thinking they are sitting on pots of gold, and they have every intention of trying to sell their water rights when they no longer need them.”

In 2019, that same company was in the news for purchasing water rights throughout the state and attempting to sell and lease them, prompting an ongoing legislative review of water marketing.

A 2018 deal showed the tremendous speculative value of land/water deals in the Columbia River Basin. That’s when Gates’ 100C paid $171 million for 14,500 acres of land (10,500 acres of it irrigated farmland) from the Boston-based John Hancock Life Insurance Company, which had paid $75 million for the parcel in 2010.

Elsewhere in the West, Harvard University has snapped up California vineyards and a Canadian teachers pension plan bought more than 6,000 acres of Washington orchards and its attendant water. ‘A world of scarcity’

The summer 2021 drought that strangled parts of the Pacific Northwest has inserted the issue of water rights into nearly every environmental discussion in the region and has raised concerns about speculation and price gouging.

If climate change forecasts prove accurate, the summer of 2021 was a dress rehearsal for the future.

This summer in Oregon the federal government shut off access to water in the Klamath River due to a historic drought, prompting some farmers and activists to threaten to take the water by force.

“You look back to this drought, that was the worst drought we had in 100 years, and it put a fine point on who got water first,” says Jamie Short, a water resources program manager for the Washington State Department of Ecology.

“You look back to this drought, that was the worst drought we had in 100 years, and it put a fine point on who got water first.”

Concerns about water speculation and scarcity aren’t new. And while climate change and drought reinvigorate those worries, experts such as Short caution against oversimplification.

Because if water law is anything, it’s complex.

“Consolidation and water rights, (it) isn’t one plus two equals three. It’s really case dependent,” she says. “I don’t think climate change is going to make anything any easier for us. But in a way, it’s a world we already know. A world of scarcity.”

According to water laws in most western states, water can’t be owned, although the right to use that water can be sold, bought and transferred. Washington’s first water banks were created to offset the impact of new residential developments on in-stream flows in the Yakima River.

In Washington — and elsewhere — there are rules governing the sale of water. For example, water rights must be used, or they are relinquished. Water must be used for a “beneficial” purpose and a water transaction can’t harm senior water right holders.

The regulation requiring that water be used would seem to discourage speculative behavior.

However, Washington and other states have programs that allow users to bank their rights with the state and not relinquish ownership. This has allowed water right holders the ability to effectively sell, trade and buy water.

This is known as water banking.

Banking serves several purposes. Farmers use water banks to sell water rights they no longer need to other farmers. Conservation groups use them to increase in-stream flows to help native fish. Developers use them to secure water for housing and commercial projects.

But this system also gives speculators a place to park their assets and wait until the price has risen, says Osborne.

Osborne, who is semi-retired, teaches water law at the University of Washington. The water-banking program has been particularly helpful for stream and river conservation projects, she says. But as developers and investors shell out more money for water, conservation groups are struggling to compete “because everybody wants to get their hands on water.”

The desire to acquire water has helped fuel the ongoing consolidation of western lands.

Consider, in 1987, more than half of all U.S. cropland was operated by midsize farms that had between 100 and 999 acres of cropland, while 15% was operated by large farms with at least 2,000 acres, according to a U.S. Department of Agriculture 2018 report.

It’s a similar story in the Columbia River Basin.

Many of those properties come with valuable water rights, rights that are increasingly controlled by fewer and fewer people.

Some experts affiliated both with the state and private water-consulting firms, caution that the ways land consolidation will impact water or rights isn’t yet clear.

One indication that it may be a bad thing, or at least an issue of concern, came on Nov. 17 when Washington’s Ecology department announced a pilot grant program aimed at funding local water banks, helping upstream communities compete with wealthier downstream agricultural interests.

“The pilot grants are intended to furnish rural communities in headwater basins throughout the state with funds to compete with deep-pocketed water investors,” states a news release announcing the grant. The grant program is the latest in a series of efforts Ecology has taken to try and understand how, and if, speculation is impacting Washington water.

In 2019, following concern about out-of-state investors, the state Legislature asked the department to examine whether water banking is leading to speculative or monopolistic behavior, says Dave Christensen, the policy and program manager for the Department of Ecology Water Resources Program.

On Nov. 19, Christensen updated the Legislature with the department’s findings.

In short? So far there’s little evidence of water speculation in Washington, he says. Between 1997 and 2019, there were 54 out-of-basin transfers in Washington State, representing less than 0.3% of the total volume of water used, according to a University of Washington study commissioned by the Department of Ecology and published in 2021.

“Remember these people got these water rights for nothing. Maybe a $10 application fee.”

“The 54 transfers represent 1.5% of the total records that indicate a change of place of use in the Ecology database, implying that the majority of water right transfers in Washington State occur within-basin,” states the study.

The Department of Ecology will continue to examine the issue and present the Legislature with a final report, and policy recommendations, in 2022.

Other experts interviewed for this story also downplayed the risk of consolidation and speculation, noting that water is a difficult substance to transport and pointing to regulations in the West and Washington State in particular.

Daniel Haller, a water resource engineer with Aspect Consulting, which has offices around the Pacific Northwest, says that roughly 90% of all water rights in Washington are held by public entities — whether that’s municipalities, the state or the federal government.

“I think the window for concern is small,” Haller says. “Just because the number of rights is small. There is a subset of water rights that someone could try to speculate on. I just haven’t seen it yet. I think the risk in the future is pretty small.”

However, that optimism isn’t universally held and Osborn, the longtime water lawyer, is skeptical of Ecology’s review process.

Osborn believes the state should take 10% or more of the water bought or sold as a sort of “transaction fee.”

“Those with the money get to determine how the rules are drawn up and whether they are enforced or not.”

While private speculation and out-of-basin transfers are a concern, there are also worries about cities and towns holding onto water rights, says John DeVoe the executive director of the Oregon-based WaterWatch.

In Oregon, some cities and towns hold onto water rights, not because they need the water but because they hope to sell it to other municipalities.

“A lot of these cities are not using this water for municipal purposes. They are selling it,” he says. “That’s kind of the hallmark of speculation.”

“I think state oversight is politically driven,” he says. “And those with the money get to determine how the rules are drawn up and whether they are enforced or not.”

This piece is part of a collaboration that includes the Institute for Nonprofit News (INN), California Health Report, Center for Collaborative Investigative Journalism, Circle of Blue, Colorado Public Radio, Columbia Insight, The Counter, High Country News, New Mexico In Depth and SJV Water. The project was made possible by a grant from the Water Foundation with additional support from INN and the Fund for Investigative Journalism (FIJ).

Eli Francovich is a journalist covering conservation and recreation. Based in eastern Washington he’s writing a book about the return of wolves to the Western United States.

Farmers are reluctant to use recycled water, research finds Will history repeat in a dry Klamath Basin this summer? 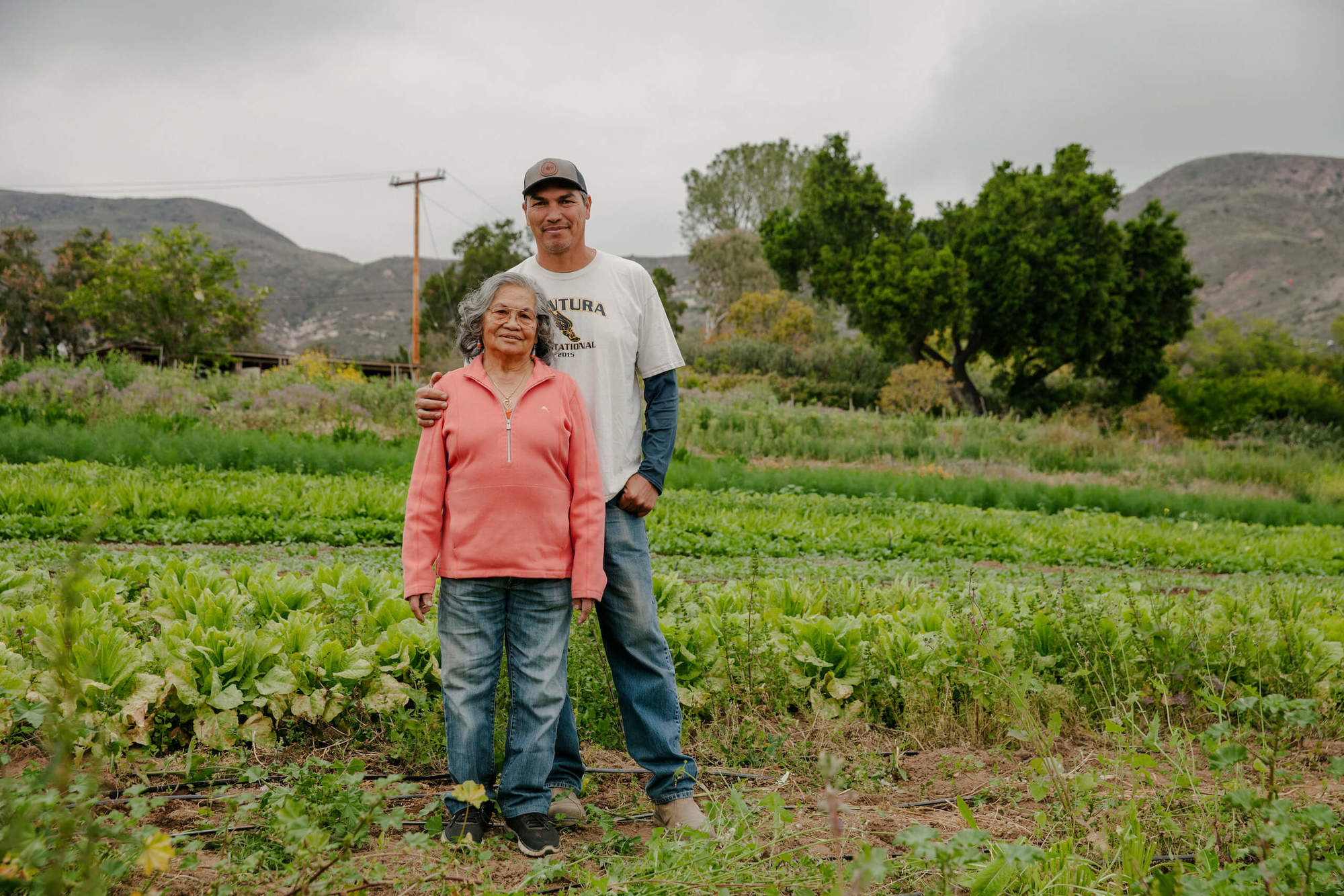