Global food companies and the farmers in their supply chains need to adapt to the changing climate. But any change to the way a farmer farms is costly and fraught with risk, which makes many of them averse to trying. Here, a look at the complex business of making regenerative practices “accessible” to conventional commodity farmers.

On September 16, global industrial food giant Cargill announced a new initiative to support the farmers working in its supply chain: the company will provide an array of opportunities and incentives to help them adopt “foundational” regenerative agriculture practices across 10 million acres in North America over the next 10 years. The initiative’s overall impact, said the company—which produces corn- and soy-based animal feeds and supplies beef to McDonald’s, for example—would be equivalent to removing 1 million cars from the road.

Regenerative ag, as it’s commonly known, is viewed by its champions—farmers who adhere to its principles, politicians who legislate in support of it, longtime soil-health evangelists—as a corrective to soils that have been degraded and rendered increasingly unproductive by chemicals, monocultures of commodity crops, and the overgrazing of livestock. Project Drawdown, a non-profit organization working to stop greenhouse gas levels from climbing, lists regenerative ag among its top 25 climate solutions, determining that it “enhances and sustains the health of the soil by restoring its carbon content, which in turn improves productivity.”

Nevertheless, some responses to Cargill’s announcement fell short of enthusiastic. Environmental watchdog group Mighty Earth, which named Cargill the “Worst Company in the World” last year for, among other affronts, reneging on anti-deforestation promises in Brazil, issued a cautionary statement via campaign director Lucia von Reusner: “Cargill has a long track record as one of the most polluting companies in America,” Reusner wrote. And although the company’s announcement “suggests they are beginning to recognize the urgency of the problem, [it] has a history of making ambitious… promises to address the damage caused by its supply chains but frequently fails to provide concrete implementation plans or details for follow-through.”

In the way the word “local” is more emotionally evocative than actually indicative of how far a food travels to get to you, there’s a similarly loose mandate with “regenerative.”

“The non-cynic in me says [Cargill] wants to still be around in 20 years and needs farming to still work, and it is quite possible that if they don’t make changes that won’t happen,” said Paicines, California-based rancher Sallie Calhoun, who invests in regenerative ag projects through her #NoRegrets initiative. “But maybe they’re just trying to do a little damage repair here.”

There was concern, too, over what Cargill was actually committing to in referencing regenerative practices (not to mention, who would hold the world’s largest privately held company accountable for falling short of those commitments). An extra smear of opacity comes from the lack of an official definition for “regenerative agriculture,” and from the fact that there’s no governmental agency to oversee it—as there is with Organic certification, for example, which falls under the auspices of USDA’s National Organic Program. In the way the word “local” is more emotionally evocative than actually indicative of how far a food travels to get to you, there’s a similarly loose mandate with regenerative, that it somehow improve the “health, vitality, and evolutionary capability of whole, living systems.”

The term is often associated with the non-profit research organization, Rodale Institute, whose principles inform the standards for the new Regenerative Organic Certification (ROC), which starts with USDA Organic certification, then layers on a long list of soil health improvements, plus animal and farmer welfare mandates.

“Former crops become weeds; your last crop becomes weeds; it’s hard to terminate your cover crop so it doesn’t become weeds. People think farmers don’t want to do it but it requires a paradigmatic shift.”

Other regenerative advocates view Organic as unnecessarily prohibitive to onboarding the number of farmers it’ll take to scale regenerative quickly, though; any change to the way a farmer farms is costly (to the farmer) and fraught with risk, which makes many of them averse to trying. A practice like no-till, Calhoun points out, “Is crazy hard. Former crops become weeds; your last crop becomes weeds; it’s hard to terminate your cover crop so it doesn’t become weeds. People think farmers don’t want to do it but it requires a paradigmatic shift.”

Still other proponents of regenerative center on rotational livestock grazing, while others allow for a gradual weaning-off of herbicides and synthetic fertilizers rather than their immediate exclusion.

According to Ryan Sirolli, Cargill’s global row crop sustainability director, the company means to focus “less on regenerative agriculture” and more on what are known as the five principles of soil health. Basically: keeping the ground covered year-round; reducing or eliminating tillage; implementing more diverse crop rotations; cover cropping; and, where possible, integrating livestock. This should be thought of as a “gateway,” Sirolli said, to more sustainable practices. “I have yet to hear anyone say that regenerative ag doesn’t include soil health.”

Cargill’s plan allows farmers to engage with “regenerative” however they choose in order to meet their own “profit objectives,” with education, cost-sharing opportunities, and outcomes-based incentives.

ROC certification requires that farmers follow the same set of standards, but they are very likely farming to Organic standards already, which requires less of a practical shift. Cargill’s plan, on the other hand, allows farmers to engage with “regenerative” however they choose in order to meet their own “profit objectives,” with education, cost-sharing opportunities, and outcomes-based incentives (i.e., a payment of $30 to $50 an acre for reducing carbon emissions) made available by partners like The Nature Conservancy, the Soil Health Institute, and Practical Farmers of Iowa.

“Maybe they just have a rye cover crop—but what about [adding] clover, or radishes?” said Sirolli. “Maybe they’re looking at a potential third crop in the rotation, between corn and soy; growing yellow peas brings a tremendous amount of value.” This kind of “farmer-led” flexibility, added Cargill’s vice president for global sustainability, Jill Kolling, is necessary to make regenerative practices “accessible” to conventional commodity farmers: “What will work and scale in that system? If we can’t get after that we’re not going to address the challenges” of the company’s greenhouse gas-reduction targets.

Or get those farmers to come on board in the first place. As one Illinois corn and soybean farmer told the Star Tribune, staying in business requires making money, and making money in farming requires avoiding failure—a paramount fear for any farmer when making a significant change.

California rancher Sallie Calhoun agrees that “meeting farmers where they are is the best strategy” and that enforcing targeted regenerative standards along the lines of ROC “would be a mistake at this moment. I feel it would squash innovation,” she said—while pointing out that still, “conventional agriculture breaks all the principles of soil health.”

“If they had said, ‘We are going to support regenerative agriculture in Indonesia, Ghana, Ivory Coast, Malaysia,’ then I would say, ‘Yes, they really are interested in transforming their supply chains.’”

The latter is a sentiment shared by Elizabeth Whitlow, executive director of the Regenerative Organic Alliance, which issues ROC. “Companies like Cargill are responsible for promoting the chemicals, GMOs, and practices that over time have destroyed soil health, polluted waterways, and fractured rural economies around the globe,” she wrote in a statement prepared for The Counter. “In many ways Cargill’s actions are like putting a Band-Aid on a self-inflicted wound.” She calls the company’s regenerative announcement a “starting point.”

Rajat Panwar, a business sustainability professor at Appalachian State University in Boone, NC, says that for a global company like Cargill to focus on such initiatives in North America is “highly hypocritical. If they had said, ‘We are going to support regenerative agriculture in Indonesia, Ghana, Ivory Coast, Malaysia,’ then I would say, ‘Yes, they really are interested in transforming their supply chains.’” According to Sirolli, the company will eventually focus on increasing soil health in other regions.

Why did Cargill enter the regenerative space in North America, first? Kolling says it’s because of the importance of this region’s row crops to Cargill’s supply chain. Panwar thinks its embrace of regenerative, in conjunction with Cargill’s support for the still-alive and bi-partisan Growing Climate Solutions Act—co-sponsored in the Senate by Indiana Republican Mike Braun, Michigan Democrat Debbie Stabenow, South Carolina Republican Lindsey Graham, and Rhode Island Democrat Sheldon Whitehouse, and meant to provide farmer- and forest landowner-access to the carbon market—is a targeted strategy. With the price of carbon likely to rise in the next decade, he said he believes the company is positioned to buy carbon credits from the same farmers generating them, in order to meet its carbon-reduction goals.

“Overcoming [their] reputation will require transparency and clear evidence of verifiable changes that are reported to the public.”

He calls this a “smart move,” and also finds reason for optimism in Cargill’s new initiative. Just by talking about regenerative agriculture, Cargill raises its visibility and “helps it become mainstream,” he said.

How serious the company is about advancing true regenerative practices remains to be seen, according to critics like Mighty Earth. “Overcoming [their] reputation will require transparency and clear evidence of verifiable changes that are reported to the public,” said von Reusner.

To prove its commitment, Calhoun would like to see Cargill “stand up and use their political capital with the USDA and state departments of agriculture, to make it easier to support and facilitative regenerative,” she said. “And I want to see them commit to that supply chain and those farmers that transition over decades. What’s the whole system going to look like in 20 years? That would help us all.” When a Big Ag conglomerate buys an iconic niche meat company, who has to change? 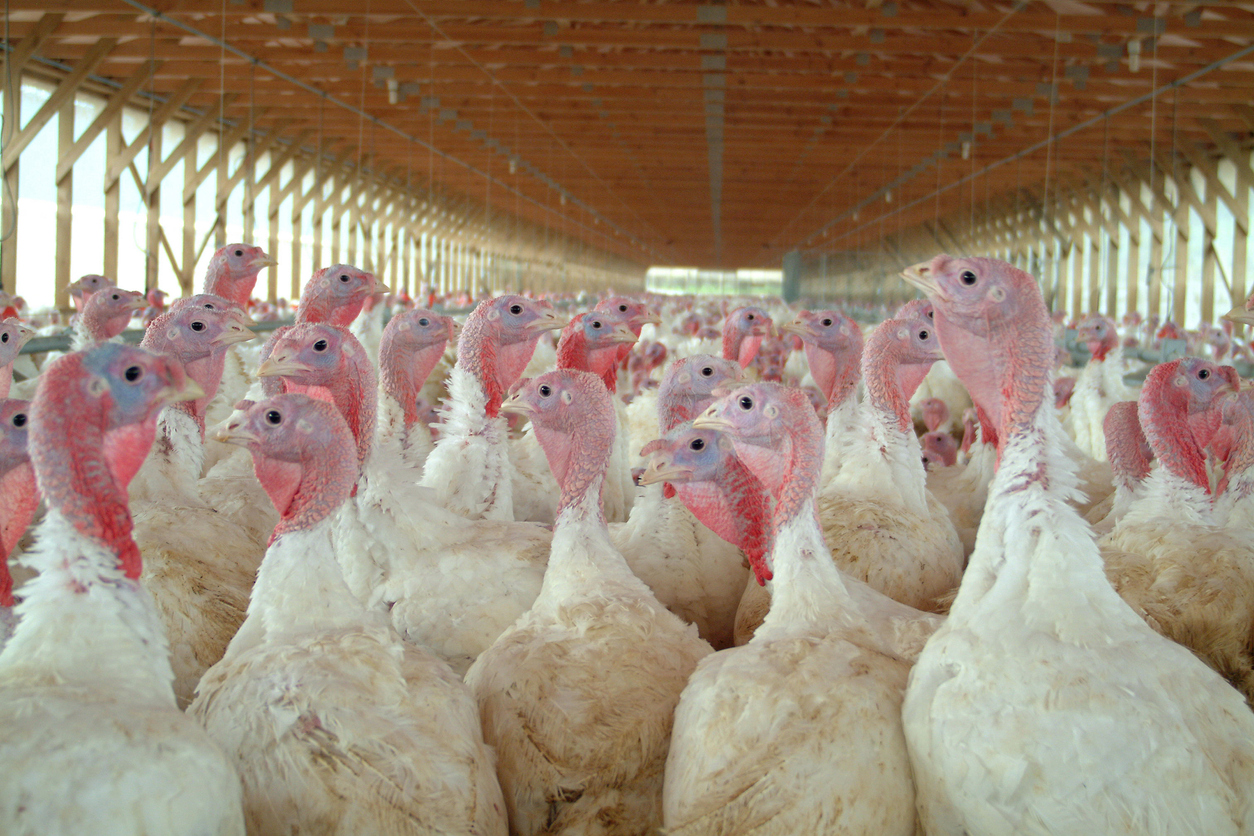