Why do we value some fish more than others? It’s time to reconsider “rough” fish. A new study makes the case for asking anglers to reconsider which fishes have value and are worth conserving for the good of our ecosystems.

Every year in the U.S., some 30 million anglers cast lures, flies, and bait into freshwater streams and rivers and lakes. Their prey: so-called game- or sportfish like black bass, chinook salmon, and steelhead trout, which are prized for eating or for catch-and-release photo ops among certain subsets of predominantly white men. So much so that they are protected from overfishing by daily bag limits that are also determined by mostly white men, who, according to a study published in July in Fisheries Magazine, subscribe to outdated and regressive notions of what fish are worthy of protecting and why. The bigmouth buffalo is one of several fish species categorized as “rough fish.”

In these same waters flicker and dart fish species so disfavored among this group of anglers that they’re referred to as “rough” or “trash” or “dirt” fish—so designated by early-20th century biologists who theorized that they were supplanting preferrable species and called for intensive netting and whole-river poisonings to eradicate them. Today, bag limits on rough fish, if they exist at all, are often so high as to be nonexistent. In almost any state, anglers can catch almost as many of these species as they wish and, rather than eat them or release them to swim another day, pile their carcasses in piles along riverbeds to rot.

Matthew Miller, director of science communications for The Nature Conservancy and an esteemed fish conservationist, calls this practice “disgusting and cruel.” But it is also illustrative of a bigger, more nuanced issue highlighted by the study, which he contributed to: That thinking of some native fish like gar, suckers, and bigmouth buffalo as undesirable is trashing the earth’s biodiversity and the ecosystem services that biodiversity delivers. Indigenous and immigrant communities that rely on these “lesser” fishes for food, and who practice strategies that preserve their numbers, have been largely left out of the conversation about which fish matter and don’t, exacerbating the problem, Miller and his co-authors argue.

“All fish have value,” Miller said. It’s a concept he and the other authors of the study hope will be embraced more broadly by the angling community.

“Freshwater ecosystems are arguably our most valuable natural resource. And yet they receive less attention when it comes to conservation than terrestrial and marine systems.”

Of the estimated 40,000 fish species in the world, about half of them live in freshwater, which accounts for a mere 1 percent of the surface water on our planet. Many of those species are in decline. In places like California, which has a variety of endemic fish that only occur in that state, “83 percent are in some form of decline,” said the study’s lead author, Andrew Rypel, a professor in the Department of Wildlife, Fish & Conservation Biology at the University of California, Davis. “That’s sad; we need to avoid species devolving to the point where they are endangered and at risk of extinction”—not only for their own and biodiversity’s sake but also because fish declines force states to embark on things like habitat restoration that limit people’s access to the water, causing ripple effects across the economy. Policies that contribute to such declines, the study maintains, “are unacceptable and run counter to the public trust doctrine where government agencies manage natural resources for public use.”

Aside from the whole rough fish designation itself, which cultivates and entrenches unfortunate attitudes about native species, part of the problem, said Solomon David, a biological sciences professor at Nicholls State University, is that “freshwater ecosystems are arguably our most valuable natural resource. And yet they receive less attention when it comes to conservation than terrestrial and marine systems.” Freshwater management is often lumped in with land management, which means it can be neglected. There’s not much scientific study devoted to so-called rough fish compared to gamefish, which means very little is known about their behaviors and needs; according to David, even the American Fisheries Society, a 150-year nonprofit devoted to efforts to conserve all fish species, supports gamefish research 11 times more than other native fish species. Spotted gar from the Louisiana Bayou.

There’s also the matter of who ascribes value to what fish and why. Historically, the study points out, “species not favored by white majorities were largely ignored by managers” of fish and wildlife departments, and these preferences continue to dominate today. For example, anglers often blame suckers (a trash fish) for eating the eggs of salmon (a gamefish). “But in reality, lots of things eat salmon eggs—that’s why salmon produce so many, it’s part of the system,” said Miller. “If you go to an intact watershed like Bristol Bay in Alaska, it is a riot of egg eating, with six different kinds of fish bingeing on eggs. Are salmon declining because of that? Of course not; [that watershed] is one of the most productive we have left. But we have fixed ideas of what nature is, and that more eggs equals more salmon, which is not the case.”

References around which native fish to eat vary by community as well as by generation, with walleye, northern pike, and muskie forming the backbone of certain Ojibwe tribal diets.

Indigenous communities and communities of color frequently have very different opinions about what fish have value. “The concept of trash fish does not exist in any Indigenous language that I’m aware of,” Miller said. Preferences around which native fish to eat vary by community as well as by generation, with walleye, northern pike, and muskie forming the backbone of certain Ojibwe tribal diets, said Charles Rasmussen, communications director for the Great Lakes Indian Fish & Wildlife Commission. Additionally, he wrote in an email, “Ojibwe community members belong to clans, which are associated with specific roles and responsibilities. Two clans, which might be considered sub-clans of the Fish Clan, include Sucker Clan and Bullhead Clan”—named for two types of fish considered rough by non-Indigenous managers. “It speaks to the respect that these fish have in traditional culture, beyond discussions of favorite food fish.” That respect goes even deeper, with tiny bait fish like minnows recognized as important food for the fish humans eat, “and that cycle of life is well-recognized and valued from the standpoint of a healthy ecosystem,” Rasmussen said.

The study gives several examples of the importance of “rough fish” to Indigenous communities. For example, Brooks Bighorn, a member of the Lac du Flambeau Band of Lake Superior Chippewa Indians, reported to a study author that smelts, tullibees, suckers, and redhorse “remain important in the community. He estimated that two dozen or more people in the community smoke fish, including these species. Last winter, fishers went out on frozen lakes and fished for tullibees, using both suckers and a swimming decoy for bait. When they would get a hundred or so, they would take them home and smoke them, give them away to relatives or friends or sell them for ‘$5 a pop,’ Brooks reported. Yet these fishes have received little management focus even though many are immediately threatened by invasive species, climate change, and land use modifications.” Minnesota has redesignated shortnose and longnose gar as a gamefish and established bag limits for them, while Texas now has a one-fish-per-day limit on long-lived but declining alligator gar. Pictured here is grilled Tropical Gar in Tabasco, Mexico.

The study authors agree that there’s much to be learned from Indigenous, Black, and immigrant knowledge and treatment of species—with some anglers beginning to come around to a less-white way of thinking about things. Some of this is a result of famous fishing television personalities shifting their own views and practices. MeatEater host Steven Rinella has done videos about eating undervalued fish. River Monsters host Jeremy Wade has accompanied fishing guides in Texas who once took people out to shoot alligator gars with bows for trophy photos and featured himself catching and releasing gars instead. “He made the guides into strict catch-and-release advocates and gave those fish a human value beyond just killing them,” said Miller.

Managers in some states are also starting to slowly come around to more thoughtful policies around some species. Minnesota has redesignated shortnose and longnose gar as a gamefish and established bag limits for them, while Texas now has a one-fish-per-day limit on long-lived but declining alligator gar. Missouri funds its conservation efforts with a minuscule sales tax, which nevertheless helps to pay for “native crayfish and mussel conservation, and the study of native/non-native gamefishes,” said Rypel.

“I cannot catch a trout or shoot a deer or shoot a duck and not utilize its meat; it’s against the law. On the flip side, I can catch 50 suckers and pile them up on the bank and that’s not against law.”

The North American Native Fish Association (NANFA) promotes best conservation practices for native freshwater fish, and also celebrates them on social media, “showing images of extra-colorful fish that rival even those on coral reefs,” said David. He’d like to see aquariums taking a similar interest in these species, and a bigger effort to have rough fish reclassified as gamefish, with all the protections (bag limits, more care and esteem among anglers) that it would provide. “I like to think these organisms have intrinsic value as part of nature, and that we should conserve them because of that,” he said. “But we’re human and for the majority of people, we need to show them some value.”

Another way to accomplish this is to establish wanton waste laws in states that do not have them, or at least, not for rough fish. In Idaho, said Miller, “I cannot catch a trout or shoot a deer or shoot a duck and not utilize its meat; it’s against the law. On the flip side, I can catch 50 suckers and pile them up on the bank and that’s not against law.”

He’d like to see wanton waste laws applied to all fish caught, requiring anglers to either release them or eat them. Ultimately, he said, “There’s no such things as trash fish. A lot of times we just think, rivers are this way, valuable fish means trout, and we never stop to question that. I’m asking people to stop and think about that for a second.” Why does it seem like fish sandwiches are the new chicken sandwiches?

Fish sticks are what happens when you have a lot of fish, not enough fish eaters, and a dash of technology 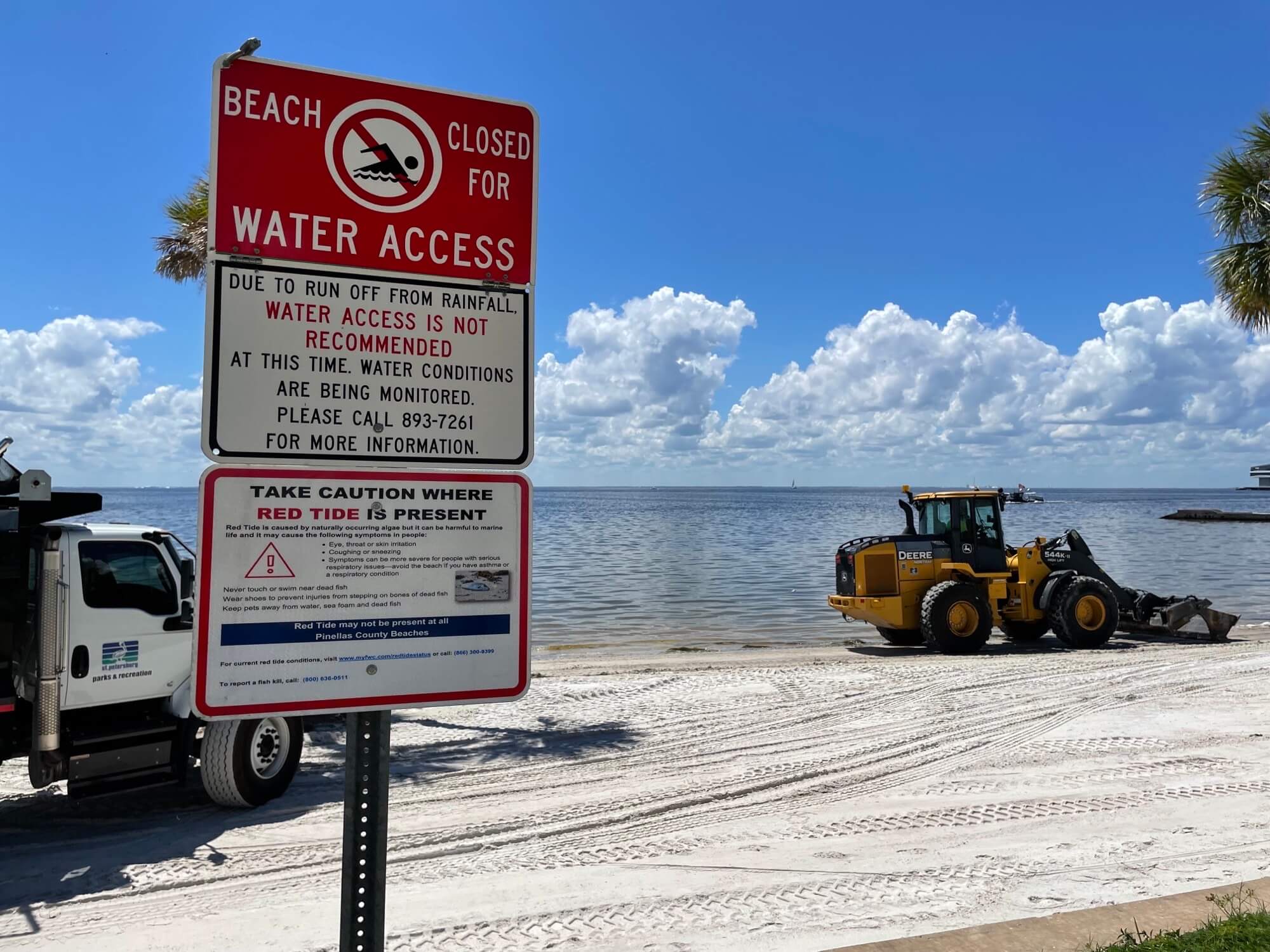