Four more stores have filed union papers in the last week alone, and one more store in Buffalo has now unionized.

Workers at four Starbucks stores across the country filed petitions for union elections with the National Labor Relations Board (NLRB) in the course of the last week, the latest in a swelling wave of labor activism that has swept the coffee giant since workers at one location in Buffalo, New York, voted to unionize a month ago.

The federal agency also determined on Monday that Starbucks workers at a second location in the Buffalo area had won their union election, where the results were inconclusive in the December vote count due to challenged ballots.

The latest stores to file for union elections, located in Cleveland, Chicago, Hopewell, New Jersey, and Eugene, Oregon, have joined the growing ranks of Starbucks and other coffee shops seeking union representation. This signals just how quickly organizing efforts have proliferated since Buffalo workers became the first out of roughly 9,000 company-owned stores to have union representation since the 1980s. These include locations in Seattle; the greater Boston area; Broomfield, Colorado; and Knoxville, Tennessee, in addition to three others in Buffalo and one in Mesa, Arizona, that filed petitions for an election prior to the December victory. Workers at these dozen-plus stores are looking to join Workers United, an affiliate of the Service Employees International Union, which also represents both of the unionized Buffalo locations.

“There’s not really anything to lose and a whole to gain.”

Madison VanHook, a shift supervisor at the West 6th Street Starbucks in Cleveland, which filed its petition on Monday, said the organizing efforts at her store were inspired by the union campaign led by their colleagues in Buffalo. There wasn’t any one particular issue that pushed workers at her store, whom she estimates roughly 80 percent of have signed union cards, to begin organizing. Rather, many were attracted to the idea that a union could give them a say in company decisions that have a direct impact on their workplace.

“There’s not really anything to lose and a whole to gain,” she said about unionizing, citing complaints such as low wages and understaffing that have plagued other stores around the country well before the pandemic. Many workers also complained about a five-day general training process that those on both ends say is rushed and leaves them feeling like they “are simply cogs in a machine.” VanHook said she was concerned with the company’s shifting Covid-19 safety protocols for workers, which currently do not allow workers to use their paid time off for isolation in some circumstances. “You have to either cut into your sick time or your personal time off if you want to take time off or just come into work and risk it,” she said.

Rebecca Givan, an associate professor of labor studies at Rutgers University, said the rate at which Starbucks employees are organizing their stores is “unprecedented.”

“They’re talking to their coworkers, and they’re quickly getting enough signatures to file a petition. And many of the locations are places where the workers have a good chance of success.”

“This is clear that workers are paying attention and they’re starting their own organizing drives,” Givan said. “They’re talking to their coworkers, and they’re quickly getting enough signatures to file a petition. And many of the locations are places where the workers have a good chance of success.”

Last year’s months-long organizing campaign in Buffalo also offers a roadmap for the possible corporate opposition that stores around the country could soon face. The company shuttled in executives and outside managers to lead meetings that workers said were aimed at dissuading them from voting to unionize. Management even temporarily shut down locations that had sought to organize workers. Starbucks has also repeatedly pushed against store-by-store union elections in favor of market-wide votes. The NLRB, however, has continued to reject the company’s arguments, most recently for the Mesa, Arizona, store, whose employees are scheduled to vote this month.

Employees in Mesa have said that the company is now using a similar playbook to undermine their campaign. Among the allegations are that Starbucks has flooded the store with new managerial staff and that the company has directed higher-ups to hold meetings with employees to convince them to vote “no” on their election ballots.

Starbucks has previously said that it dispatched company executives and outside managers to Buffalo to help with staffing issues, not to undermine the organizing efforts. Reggie Borges, a spokesperson for Starbucks, said that the company is “not anti-union” and that it wants to ensure that every worker “is informed and that they make the right decision for themselves.”

“No other partners should have to endure what we went through to have a voice on the job.”

On Monday, Starbucks organizers notched another significant gain, with the NLRB ruling that seven challenged ballots in the Genesee street election were ineligible, giving the union a 15-9 win. The union lost an election at a third Buffalo area store in December, 12-8.

“Today we put an end to Starbucks’ delay attempts and formed our union,” Alexis Rizzo, a shift supervisor at the Genesee Street location, said in a statement following Monday’s ruling, adding, “We demand that Starbucks stop their union busting in Buffalo and across the nation immediately. No other partners should have to endure what we went through to have a voice on the job.”

The year has only just begun, but Givan, the Rutgers professor, predicts that at the current clip Starbucks coffee shops have been announcing their intent to unionize, it’s quite likely that many more will join them in the near future.

“We have to assume that if a dozen are advanced enough in their organizing that they have enough signatures from the NLRB petition, and they’re going with more signatures than they need, that there have to be dozens more that are working towards filing,” Givan said. 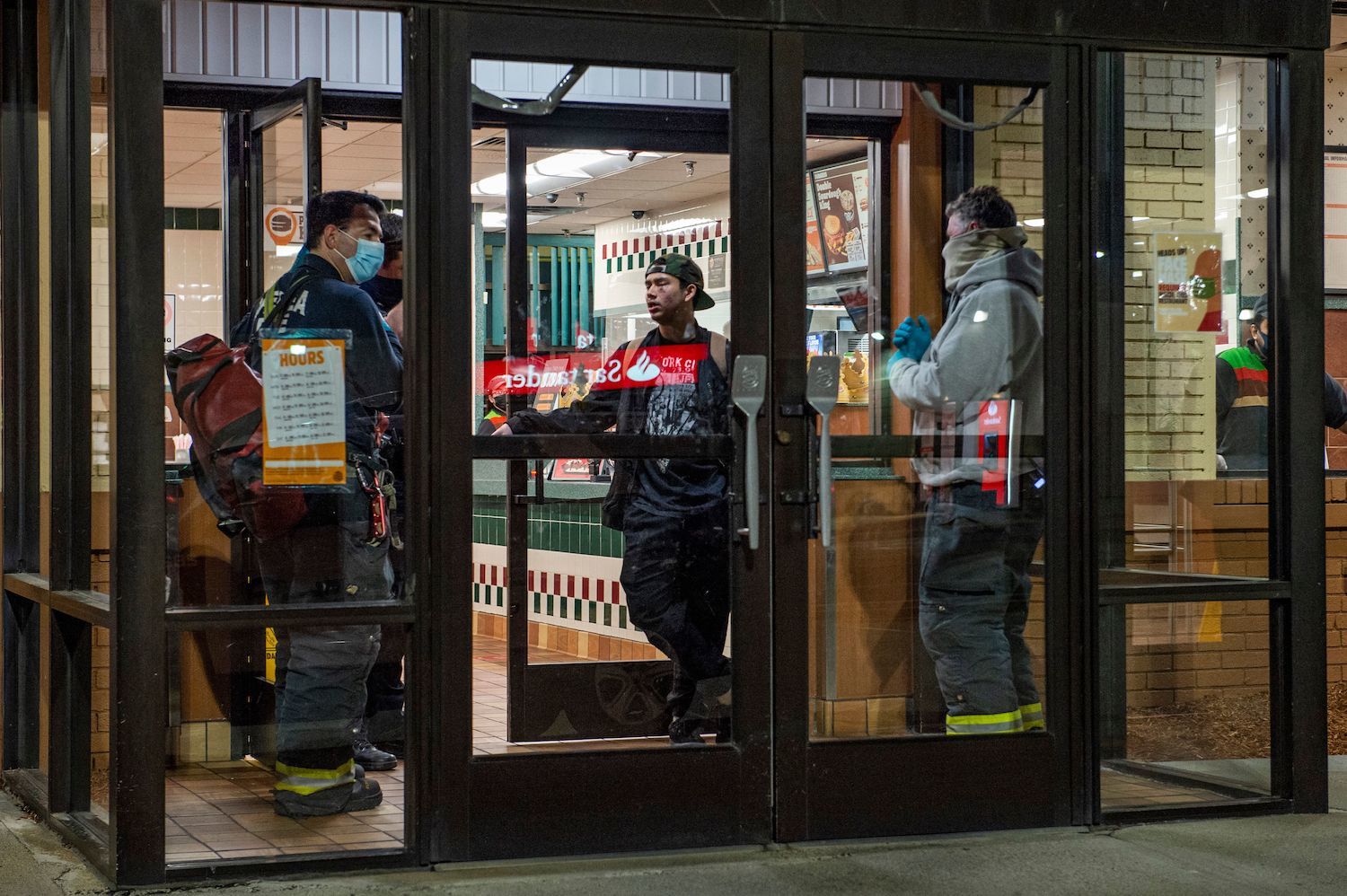