More in this series
More in this series
01
01
Eating In: A new series from The Counter
02
02
I love to cook for my family. When my wife got Covid, I learned to love Seamless.
03
03
My greatest joy in lockdown is damaged, discontinued, and nearly expired groceries
See full series

On the evolution of an unusual exercise regime—just in time for Passover.

01
01
Eating In: A new series from The Counter
02
02
I love to cook for my family. When my wife got Covid, I learned to love Seamless.
03
03
My greatest joy in lockdown is damaged, discontinued, and nearly expired groceries
See full series

The exercise studio I’ve patronized for 30 years had to shut down, of course. So I switched to 40-minute walks through my suburban neighborhood and around the perimeter of the nearby park, since the park itself was also now off-limits.

That would provide the necessary cardiovascular workout, but what about keeping my core firm, my finicky back unclenched, my flexibility intact? I unrolled a yoga mat on the bedroom floor and added a daily 20-minute hodgepodge of crunches, knee bends, asanas, balance poses and, um, improvisations.

But I had no weights, not a good thing. Regular weight training helps elders (I’m 70) maintain their muscle mass, bone density and strength and can reduce injuries from falls. I needed something to heft.

I needed something to heft, and my 28-ounce cans of peeled whole tomatoes felt like an invitation to a concussion.

Canned soup? That’s the popular recommendation. But contemplating my Covid-19 pantry, stocked over several weeks, I saw that each can of Progresso Pasta e Fagioli weighed just 19 ounces. Not hefty enough.

The weightiest items, it turned out, were 28-ounce cans of peeled whole tomatoes, essential for white bean and turkey chili. But the cans were so wide in diameter that I couldn’t grip them securely. Lying on my back on the floor, doing overhead tricep extensions holding these babies, felt like an invitation to a concussion.

That’s how I wound up doing bicep curls and chest flies while grasping in each hand a 24-ounce jar of Manischewitz Premium Gold Gefilte Fish—the kind with slices of carrot suspended in the gelatinous broth, to further the illusion that Mamaleh made it.

Friends, after they stopped laughing, wondered why the hell I was stockpiling jars of gefilte fish.  Yes, it’s bland, though a mixture of ketchup and Gold’s Horseradish perks it up. But it’s a high protein, low-fat, fast lunch that tastes better to me than plain canned tuna and can safely sit on a shelf until—let’s see—July 17, 2023.

However pleased with my inventiveness, though, I eventually realized that I still hadn’t come up with the Goldilocks solution.  Manischewitz jars don’t weigh enough to help me maintain fitness. I broke down and ordered proper hand weights online.

They arrived on or about April 1, just in time for me to serve my former weights at a virtual seder.  We’ll invoke past plagues and pray that this one ends soon.

Paula Span Paula Span is an alumna of the alternative press and The Washington Post. She now writes the New Old Age column https://www.nytimes.com/column/the-new-old-age for The New York Times and teaches at the Columbia University Graduate School of Journalism. Holy Week meals are centered around community. This year, I’m eating them alone. For my grandmother, who has Alzheimer’s, food is memory and connection. Now I’m not allowed to cook for her—or even visit. 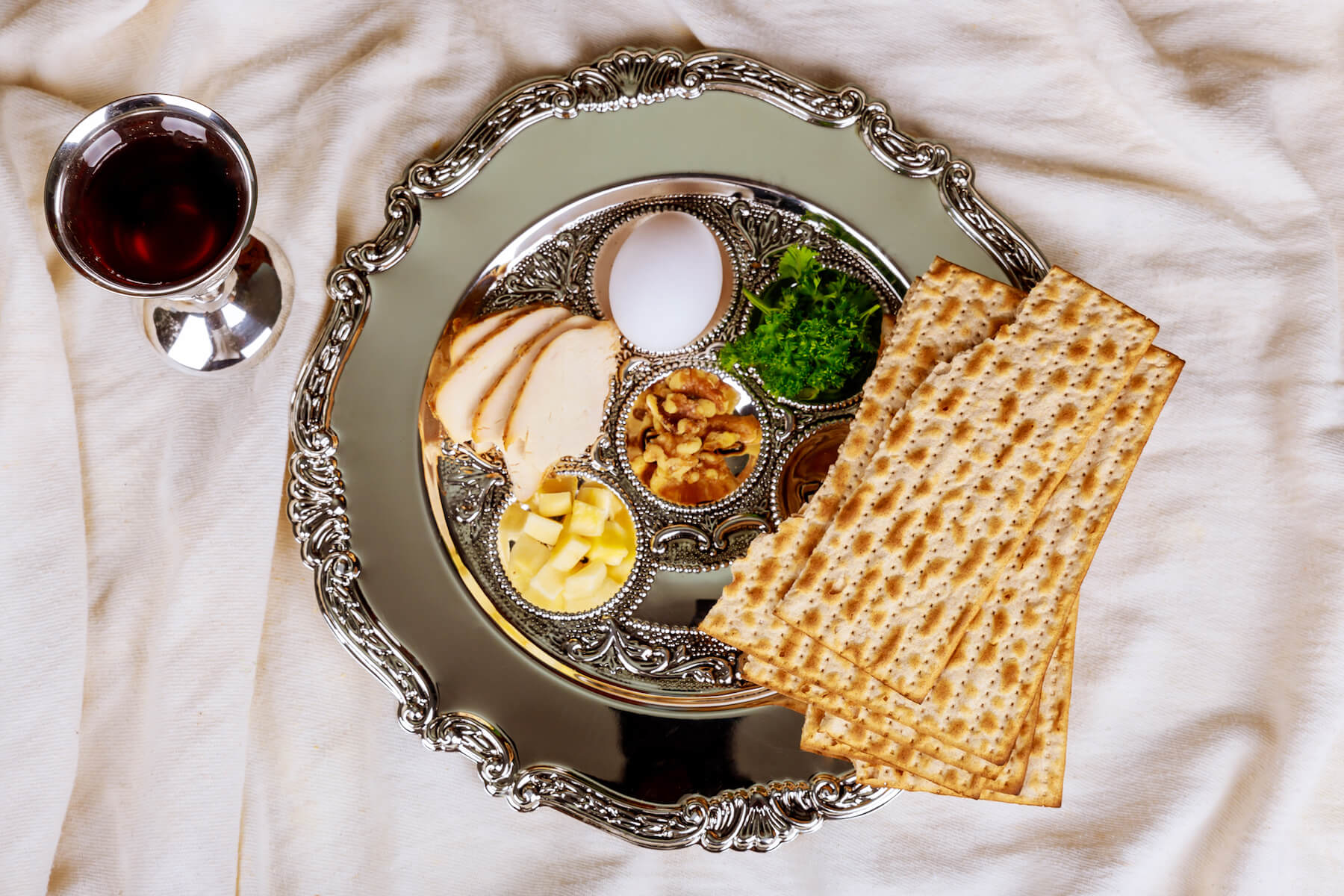 I’m observing Passover and CDC guidelines. My Seder plate will include wasabi, crackers, and barbecue tofu.