New York City’s “Vegan Fridays” school-food program is as vegan as its mayor—that is, not entirely But does it deserve at least an ‘E’ for effort?

Last week, New York City Mayor Eric Adams announced the launch of a new “Vegan Fridays” initiative at the largest school district in the country. Depending on where you were on the internet at the time, the announcement landed with either a splash or a sputter.

On the inaugural Vegan Friday, one day after the announcement, photos of clearly non-vegan options, or of seemingly vegan-yet-unappetizing meals, began to circulate on Twitter.

“This was served to a public school student […] for Vegan Fridays,” Jessica Ramos, a New York State senator, tweeted. Her comment accompanied a photo of a cafeteria tray carrying a bag of chips, a few apple slices, and a scoop of what looked like a stir-fry medley of zucchini, mushrooms, and corn. (After a quick browse of the city’s school food menu for the month of February, our best guess is that this was the “vegan veggie tacos” offering.) “The only real meal some of our city’s kids can count on is what they get @ school. This wasn’t thought through,” Ramos went on.

But, as is the case with most tweets, the critical posts didn’t necessarily capture the full story. Some parents jumped in to defend the program, suggesting that any hiccups that day were likely due to school-by-school variations in food preparation, rather than a sign that the initiative as a whole was problematic. And a closer reading of the New York City Department of Education’s (DOE) messaging around Vegan Fridays suggests that much of the hubbub about non-vegan options still being available to students that day may have been the result of a simple misunderstanding over what exactly the program was trying to do.

As it turns out, prior to last week, most New York City schools were already serving a combination of vegan and vegetarian items to students on Mondays and Fridays. When meat or dairy products were served, students could typically request a vegan alternative, the education department told local news station NY1. In other words, the Vegan Fridays initiative wasn’t as much a complete overhaul of the status quo, as much as it was a slight change in emphasis on ingredients that were already on the menu.

In fact, for those who follow municipal food procurement news (if that’s not you, we don’t blame you) Vegan Fridays may not have even been that much of a surprise. In September, the city published its first-ever report on “Good Food Purchasing,” a non-binding strategy that prioritizes sourcing food from contractors that support animal welfare, worker wellbeing, environmental sustainability, and supply chain transparency. As part of the strategy, which focused on institutions citywide, the report encouraged municipal agencies to prepare more “plant-based entrees,” directing the education department in particular to incorporate more non-meat protein sources into school menus.

The Vegan Fridays initiative wasn’t as much a complete overhaul of the status quo, as much as it was a slight change in emphasis on ingredients that were already on the menu.

While it’s unclear whether Vegan Fridays was a direct result of the Good Food Purchasing report, the initiative dovetails pretty neatly with its broader goals. (The mayor’s office didn’t respond to an emailed list of questions about the development of Vegan Fridays.)

New York City is the nation’s largest school district to implement vegan meals on a broad scale for its students, but it’s certainly not the first. In 2017, the Los Angeles Unified School District (LAUSD) launched a first-of-its-kind pilot program offering vegan options to students on a daily basis. The program was initially a response to a student campaign at the Pacific Palisades High School, located in one of the country’s most affluent neighborhoods. It was eventually extended to more than 40 schools. The pilot was warmly received by students and staff, but struggled with low participation rates more broadly, found a 2018 report on the program. A California bill introduced in 2019 to incentivize schools to serve more plant-based meals received initial support, but later died. Portland Public Schools in Maine resumed daily vegan offerings at its elementary schools last fall, following two years of pause during the pandemic.

Recent efforts to introduce vegan meals to school cafeterias are driven by a number of factors, including student pressure and concerns over high greenhouse gas emissions linked to livestock production.

Vegan products must be visually “recognizable.” That means tofu blended into a soup or pasta made of lentils won’t count.

“We’re seeing increased demand from the K through 12 student population for more plant-based, environmentally conscious meals,” said Kari Hamerschlag, deputy director of the food and agriculture program at Friends of the Earth, an environmental group that has advocated for changes to the federal school meals program that would make it easier for school nutrition departments to serve vegetarian and vegan meals. “There’s definitely growing demand, but there’s a lot of challenges for the school district space to meet that demand.”

For example, Hamerschlag pointed out, the Department of Agriculture’s (USDA) school nutrition program rules dictate that in order to receive federal reimbursement, each meal has to include a few distinct components. To qualify, vegan products must be visually “recognizable.” That means tofu blended into a soup or pasta made of lentils won’t count. USDA also requires schools to offer milk with every meal, a mandate that means New York City’s school meals could never be fully vegan on Fridays, even if all meat and dairy products were taken off the menu. (Children who are lactose-intolerant need to provide medical documentation in order to receive milk substitutes.)

In other words, the city’s Vegan Fridays program was never meant to be completely vegan. Rather, it takes after the mayor’s own dietary pattern: Vegan in name, but not necessarily in strict adherence to the dietary rules of abstinence.

In any case, we’ll see everyone on Friday for another round of rage-tweeting about school meals. It looks like we’re having Mediterranean chickpeas this week. 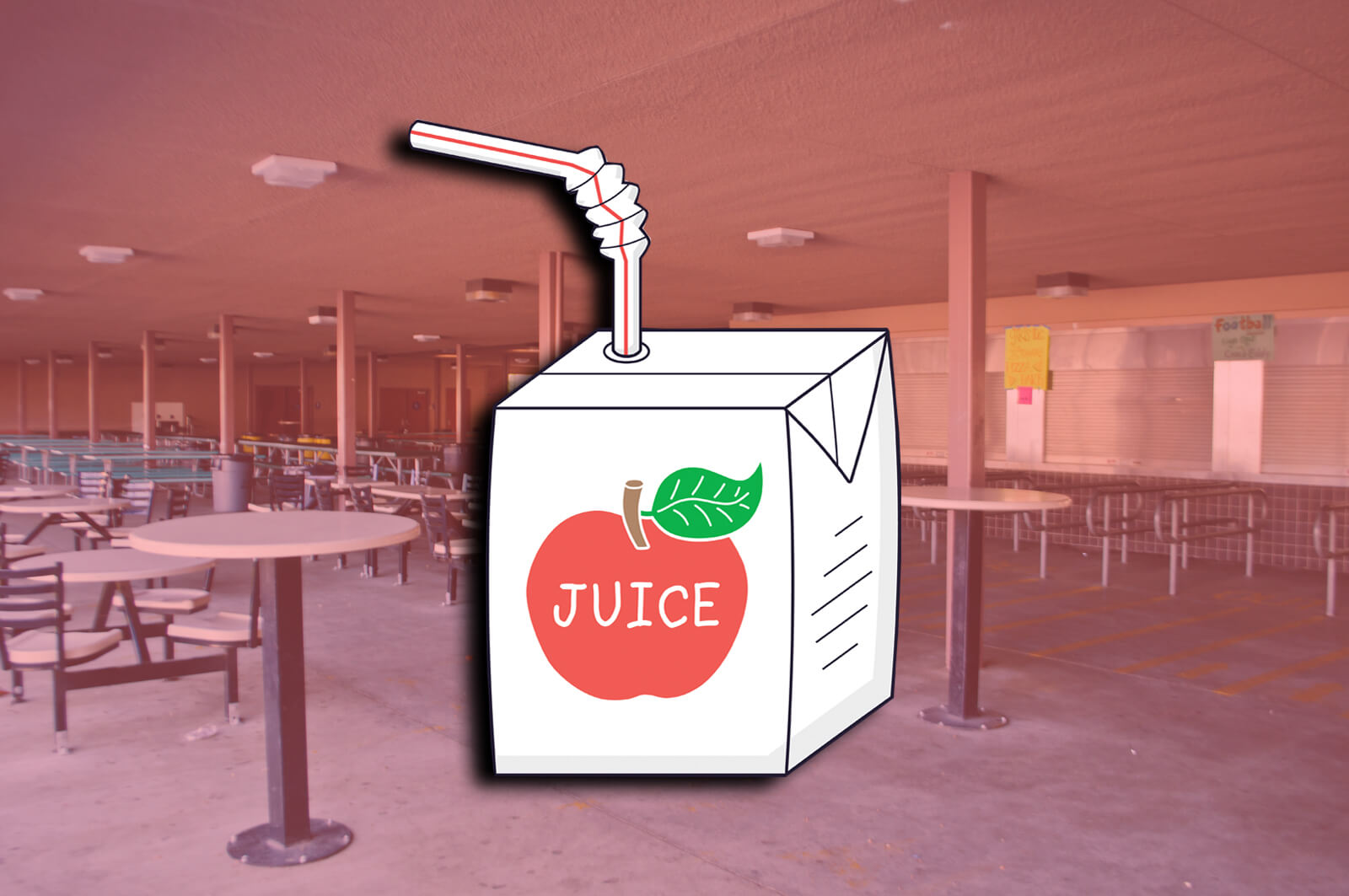 This program was a lifeline for low-income families missing school lunches. Now only families in a handful of states are eligible.