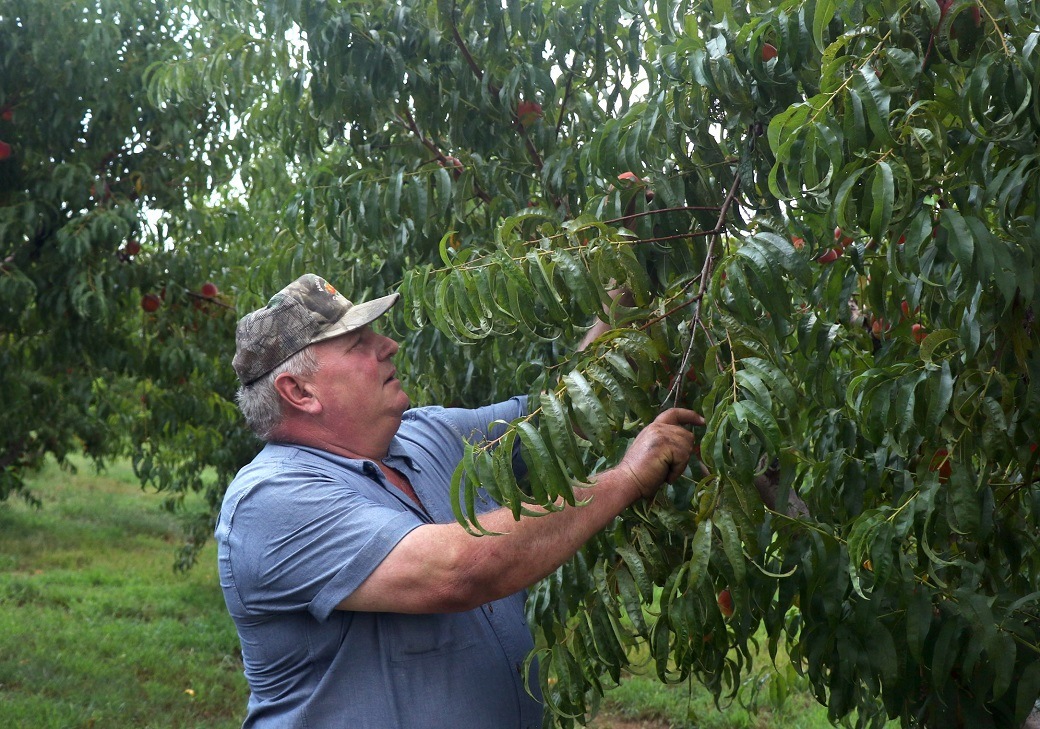 The largest peach grower in Missouri has emerged victorious in claiming irreversible crop damage from the pesticide dicamba.

CAPE GIRARDEAU, Mo. ⁠— A federal jury found in favor of Bader Farms on all counts in a lawsuit against Bayer and BASF.

The verdicts come at the end of a three-week trial of a case filed by Missouri’s largest peach farm against German agribusiness giants BASF and Bayer, which bought Monsanto in 2018, over damage allegedly caused by their pesticide dicamba.

“We are disappointed with the jury’s verdict.  While we have empathy for Mr. Bader, Monsanto’s products were not responsible for the losses sought in this lawsuit and we look forward to appealing the decision,” Bayer said in a statement shortly after Saturday’s verdict was issued.

Campbell-based Bader Farms alleges that BASF and Monsanto knew their dicamba-related products would cause damage to other farms and released them anyway to increase demand for their products.

“Apparently it’s a miracle Bill Bader ever sold a pound of peaches.”

BASF and Bayer deny the allegations, blaming the crop damage on farmers making illegal applications, weather events, disease and other issues. They also deny that they engaged in a joint venture or conspiracy to release the products.

With an increasing number of weeds developing resistance to glyphosate, Monsanto developed genetically engineered soybean and cotton seeds that could withstand being sprayed by dicamba, a volatile weed killer traditionally used on corn and prior to the growing season. Both Monsanto and BASF also developed new versions of dicamba, touted to be less volatile than older versions.

Monsanto released the cotton seeds in 2015 and the soybean seeds in 2016, without the accompanying herbicides. Many farmers allegedly illegally sprayed dicamba in those years, harming Bader and other farmers.

The damage increased in 2017, when the companies released their new herbicides. At least 3.6 million acres were damaged, according to an estimate by Kevin Bradley, a professor at the University of Missouri. The complaints increased in both 2018 and 2019 in some states, including Illinois, the largest soybean producing state.

The charges considered by the jury are:

The first three allegations must be proved as based upon the preponderance of the evidence or, more likely than unlikely, a different standard than beyond a reasonable doubt. The joint venture allegation must be met by “clear and convincing evidence.” The jury can also assess punitive damages. Billy Randles, an attorney for Bader Farms, told the jury they had easily met their burden of proof. Randles said he told the evidence in “their words, not ours.”

Over the past three weeks, lawyers for Bader Farms have presented more than 180 internal company documents to the jury. Those documents included projections that thousands of farmers would complain about the system, internal emails that showed Monsanto denied academics the ability to test their products, and a presentation that showed BASF’s sales of dicamba spiked in 2016.

Documents also included sales projections and strategies from both BASF and Monsanto that said farmers would buy dicamba-resistant seeds in order to protect themselves. “This is the first product in American history that literally destroys the competition. You buy it or else,” Randles said.

Jan Miller, an attorney for Monsanto, said that other factors —not dicamba⁠—caused the problems at Bader Farms. Those include a soil fungus called armillaria root rot and other factors, largely Bader’s farming practices. Miller said it is sad that Bader is going out of business, but it’s not Monsanto’s fault. “You can’t have sympathy or emotion play a part in your decision,” he said.

Miller said that at different points over the past few years, Bader Farms has alleged that weather events and other drift has caused the damage. “The story about what’s been happening at Bader Farms has not been consistent,” he said.

John Mandler, an attorney for BASF, said that Bader Farms has no proof that Engenia—its dicamba-based herbicide—or any other dicamba caused the damages. The only evidence is speculation by Ford Baldwin, the plaintiff’s retained expert and professor emeritus at the University of Arkansas. Baldwin said that dicamba volatilized and moved off-target in a cloud, causing damage to Bader’s farms and elsewhere. “Dicamba didn’t cause what’s going on,” Mandler said.

BASF should not be responsible for damages to Bader Farms because Bader had other issues he could have taken care of with better spraying for bacteria and better management of weeds, he said. “They may not be farm-wide, but they do impact yields,” Mandler said.

Randles said that Bader had dealt with all of those other issues and until 2015, he was able to run a sustainable peach operation. Then something changed. “Apparently it’s a miracle Bill Bader ever sold a pound of peaches,” Randles said.

Miller pointed out that samples taken by the Food and Drug Administration at Bader Farms came up negative for dicamba. As far as the 2015 and 2016 illegal spraying allegations, Miller equated blaming Monsanto for farmers spraying illegally to blaming Chevrolet for drivers driving above the speed limit.

In those years, BASF also told its employees not to encourage illegal spraying or else they would be fired, Mandler said. In 2017 and beyond, BASF’s label of Engenia was an extensive warning, he said. The company also spent $5 million on nozzles to help control drift. “It’s 34 pages of warning. You’ll be asked if we failed to warn. We did not,” Mandler said.

Randles told the jury that Bader, like thousands of other farmers, did not make the decision to release the dicamba-tolerant system and was the innocent victim exposed to an experiment by the companies. Filing this lawsuit was his only recourse, he said.

“You are the only people my client can come to for justice,” Randles said.

Correction: Due to an editing error, the headline on this story originally said Bader Farms is the largest peach farm in Georgia. Bader Farms is in Missouri.