pamela_d_mcadams / iStock
A $31 million settlement in a California lawsuit will force Kellogg to significantly change its marketing.

Kellogg, one of the county’s top cereal companies, has agreed to stop using misleading terms such as “healthy,” “nutritious,” and “wholesome” to promote products like Frosted Mini-Wheats.

On Monday, the Battle Creek, Michigan-based corporation, officially known as The Kellogg Company, entered into a settlement agreement with a class of five plaintiffs in California and New York, who alleged Kellogg used deceptive health and wellness claims to market high-sugar cereals and breakfast bars.

The settlement, which was granted preliminary approval by a federal court judge in the Northern District of California, requires the company to stop using a handful of familiar phrases, and pay over $20 million to members of the public who claim they were victims of false advertising. The parties agreed to settle after three years of litigation and just a few months away from trial.

Kellogg isn’t the first company to suffer this fate. Health claims are lightly regulated. Almost anything, even Spam, can be “natural.” Increasingly, consumer advocates and class action suits are pushing back on these nebulous claims in court—and winning. (Kellogg declined to comment for this article.)

Raisin Bran was marketed as “the deliciously heart healthy way to start your day,” even though it contained 18 grams of added sugar per serving—which represents almost 40 percent of its calories.

One such example: Hadley alleged that Frosted Mini-Wheats and Smart Start cereals were promoted as “lightly sweetened,” even though the products contain as much as 19 grams of added sugar per serving. That far exceeds the daily sugar intake recommended by the American Heart Association.

Similarly, Raisin Bran was marketed as “the deliciously heart healthy way to start your day,” even though it contained 18 grams of added sugar per serving—which represents almost 40 percent of its calories.

“Contrary to Kellogg’s representations,” Hadley alleged, the regular consumption of those cereals is “likely to contribute to cardiovascular and metabolic disease, thereby harming health.”

Raisin Bran drew particular ire in Hadley’s complaint—he alleged that a Kellogg website claimed the cereal was healthier than a meal of salad, multi-grain toast, and blueberries because it contained more fiber.

He also accused Kellogg of “deceptively suggesting” that Nutri-Grain bars were healthier than other cereal bars because they didn’t have high-fructose corn syrup—even as Kellogg used the sweetener in other foods, with the “constituent parts merely separated in the ingredient list.”

Hadley combined his case with a similar complaint filed on behalf of four plaintiffs in New York earlier this year.

Going forward, Kellogg can no longer market Mini Wheats as “nutritious,” as it does on its website currently

Under the settlement, a number of familiar phrases will disappear from the foods named in the lawsuit: Raisin Bran, Frosted Mini-Wheats, Smart Start, Crunchy Nut and Krave cereals, and Nutri-Grain bars.

The company can no longer advertise certain products, where added sugars represent at least 10 percent of calories, as “healthy.” Nor can it promote them with phrases like “start with a healthy spoonful” or “invest in your health.” The company can use the word, which is infamously nebulous, only in connection with a claim about a specific nutrient.

Nor will they be marketed as “wholesome,” “nutritious,” or “beneficial.” Those terms can be used to describe only a specific nutrient or ingredient—in a phrase like “contains nutritious whole grain wheat.”

Furthermore, Frosted Mini-Wheats and Smart Start will no longer be “lightly sweetened,” and Smart Start won’t be “heart healthy.” That phrase will be banished to the bottom and reverse sides of Raisin Bran cereal boxes.

Besides these marketing changes, Kellogg will have to pay millions to a class of consumers—anyone who bought those products since August 29, 2012. According to the settlement, which also includes $11 million in injunctive relief, consumers can receive as much as $20 in vouchers to buy Kellogg’s products, and $10 in cash, per person. Under the deal, the company will set aside about $12 million in cash and over $8 million in vouchers. They won’t be handed out until early next year.
healthy
kelloggs
labeling
mini-wheats 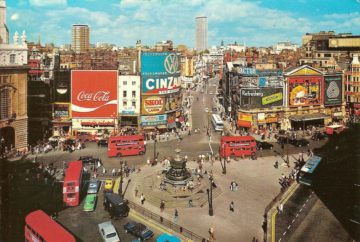