FDA’s response to crickets in the food supply has been mostly silent. That’s probably a good thing

By this time, you’ve probably heard more than you ever wanted to know about crickets as food for people: their high protein content, their efficiency at turning feed into protein, their tiny environmental footprint, their absolute inevitability as the food of the future (or not).

The one thing that always seems to get left out of the discussion, though, is how crickets and grasshoppers and mealworms fit—or don’t fit—into the food regulatory system. Basically everything you put into your mouth is regulated in some form or other in this country, but insects as food, at least last time we wrote about them, seemed to be falling through the cracks. That’s potentially bad for consumers—and bad for cricket producers because it leaves the door open to company-destroying surprises. So we decided to check in with Robert Nathan Allen, founder of Little Herds, a not-for-profit dedicated to advancing the cause of insect eating. Allen is an old-timer by cricket industry standards, which means that he’s been working in the field for about four years. And as an educator in the field, he’s got a better-than-average familiarity with the ins and outs of the industry.

It’s true, Allen says, that at first the cricket industry just didn’t seem to have a place. “When we started looking at insects as a food, we were like, ‘OK, there are no regulations on the books that define how we need to be raising them,’” he says. “We know we can domesticate them, because they’ve been farmed for pet food for lizards and birds and reptiles. But we don’t necessarily know how they can be domesticated for human consumption.”

In Europe, there was an established regulatory pathway: Cricket products could be approved as “novelty” foods. But in the United States, there were mostly questions. Allen and other industry pioneers initiated conversations at FDA and USDA, looking for guidance. What followed was a comedy of cross-purposes.  On the one hand, says Allen, “Most of us aren’t food industry professionals. Most, like me, were entrepreneurs or students who were really passionate about this idea but had never dealt with regulatory issues before. We were literally calling the FDA and saying, ‘We want to serve bugs. What do we need to do?’” And, on the other hand, “people at FDA were saying, ‘You’re crazy, you can’t do that.’”

Over the past few years, the agency has come around substantially. The current word that Allen is hearing is, well, that there’s no problem. Crickets are just food. Get on with it.

"If all mankind were to disappear, the world would regenerate back to the rich state of equilibrium that existed ten thousand years ago. If insects were to vanish, the environment would collapse into chaos." -E.O. Wilson

“Initially, many people in the industry, myself included, assumed that at some point we would need to change the rules to make sure that insects are included as an approved food source,” says Allen. “What we’ve come to learn in the past year is that we don’t need to change the rules to include insects, we just need to ensure that we are following the rules that are there for any food product, and ensure that the way we are raising and slaughtering and processing and packaging and transporting these insects adheres to the same good manufacturing practices applicable to any product.”

What that means, in practice, is that cricket farmers need to test the water they give to their crickets. They have to test their herds for heavy metal and chemical contamination and their products for shelf stability. They need to include allergy warnings on their labels because many people who are sensitive to shellfish are also sensitive to crickets. Most important, crickets for human consumption need to be raised specifically for human consumption—no repurposed lizard food and no harvesting of wild insects.

“We’ve been operating in this gray area of uncertainty.”

And that’s pretty much it. If you’re like me, you’re probably shaking your head and saying, “Wait a minute. That can’t be all. These crazy hipster bugmeisters want to introduce a completely new protein into the American diet, one that comes from little crawly things, and they can just do it? Sure, people have eaten insects all over the world for millennia, but shouldn’t cricket farmers have to do clinical trials and proteomic analyses? Shouldn’t they have to submit a fat dossier to FDA and hold public hearings and receive some kind of certificate? What kind of way is this to regulate food safety?”

When you get a chance to digest it, the answer is clear: It’s a sane way. It might be the only way. Food is the place where our personal interactions with the outside world get intimate, and with that intimacy comes a certain amount of danger. And we tend to forget it. Are crickets nasty-smelling little beasts that shit all over everything? (They are, trust me.) Consider the chicken. In a best-case scenario, it’s a sack of guts and shit and bacteria that wanders around eating God knows what and pecking at cow poop to see if there are any good leftovers. And that’s a pastured chicken. That’s the kind you’d pay extra for.

We never, ever, lick a raw chicken.

We know how to make food pretty safe: Process the hell out of it. That way it’s only dangerous when the processing fails. But it’s a lousy way to live. So we learn to live with danger. We wash our produce, we cook things that need to be cooked. We never, ever, lick a raw chicken. And then, mostly, we forget about it. It’s only when something new and different comes along that we get nervous and start remembering the dangers that we were happier ignoring.

(Two points: 1, This idea works more ways than one. The fight against GMOs is a constant reminder of how much we don’t know about non-modified food. Should we maybe test everything for everything? What would we eat in the meantime? And 2, you vegetarians can hush. Plants aren’t particularly benign either. An improperly cooked bowl of kidney beans contains a substance called hemagglutinin, which can lay you out. And cassava, a staple in much of the world, can cause cyanide poisoning if it’s cooked wrong—and people occasionally die.)

I’m not arguing that we should ignore food safety. Far from it. But we’re animals, feeding on plants and other animals. You can clean that process up, and we should. But at some point, it doesn’t hurt to decide, as FDA did, that it’s just food. It will work out.

Meanwhile, in case you were wondering, USDA, which regulates most livestock, has declared that it’s not interested in crickets. That could change in the future. The cricket farmers, says Allen, aren’t worried. Many of them are already interacting with USDA via the Certified Organic program. And they’re not afraid of a few more rules.

“I think most of those farmers would welcome having someone tell them to do this,” he says. “Because for most of us, we’ve been operating in this gray area of uncertainty. 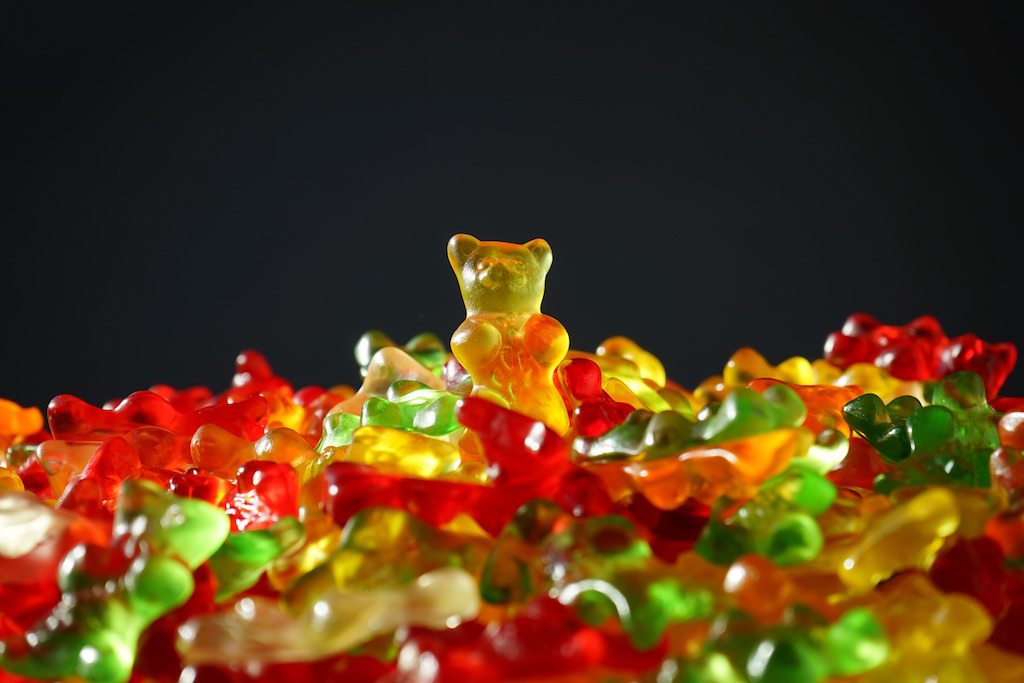