But for many large chains, Election Day means 1 to 3 hours off—if anything.

Less than a month from now, voters will venture to the polls to cast their ballots for the next president and vice president of the United States. Election Day will look different from typical years in pretty much every way: Voters will likely adhere to social distancing guidelines, many will have voted by mail or early to avoid crowds, and we may have to wait awhile before the winners are confirmed.

Despite the fact that voting activities will be dispersed across an entire season (or two) this year, a growing number of businesses have opted to give their employees Election Day day off. Among that cohort, after facing one of the most devastating business years in recent history: Restaurants. Well, sort of.

Nationwide, a little less than half of companies offered some form of paid leave on Election Day during the 2018 elections. Federal law does not mandate time off for voting, but most states offer some level of protection, typically in the form of a couple hours of leave. Various efforts to codify the day as a national holiday have been floated in Congress over the last few years, most recently in February of 2019 and before that in 2014, when Senator Bernie Sanders reintroduced a bill that would rename the day “Democracy Day.” Virginia, New York, Kentucky, Delaware, and four others have declared Election Day a state holiday.

In Philadelphia, restaurant group CookNSolo, which includes the acclaimed Zahav, has decided to close all of its restaurants on Election Day. Co-owner Steven Cook said the pandemic has made the sustained impact of government policies abundantly clear for employees, calling the federal unemployment supplement “the most consequential thing the federal government has ever done for a lot of people that work in our company.” He added, “That was a real lifesaver.”

Given the importance of this election and the immediacy of its impact on employees, Cook said he wanted to make sure work was not a barrier to participation. “We just felt like we wanted to do whatever we could to promote the idea that your vote is important, and remove all those obstacles and just make a statement that says there’s nothing more important than voting,” he said. In many cases, restaurants in the group that were open seven days per week prior to the pandemic have re-opened on a five-day-per week schedule, and several would have already been closed on a Tuesday. Cook said he’s not able to offer the day as a paid vacation, but didn’t rule that out for the future: “We’re sort of hoping this is the start of a tradition.”

“If we’ve learned anything through this crisis and pandemic and shutdown in sales, it’s that one day doesn’t make or break you.”

At the Rustic Canyon Family restaurant group in Santa Monica, California, restaurants will close on Election Day and salaried workers and people who would have been scheduled to work will receive paid vacation. CEO and founder Josh Loeb said the restaurant group has been sharing information about early voting and voting by mail with employees, and even though many will have already voted by Election Day, he hopes the day will provide a little breathing room. “I think it’s like having a day off as a pay day where you’re like, okay, I can drive someone else to the polls,” he said. “Volunteering isn’t just working several-hour shifts at a poll, it’s also helping family members by covering childcare so they can go out and do that. I think we’re trying to stress that it’s also on a person-to-person level, where I think there’s an opportunity.”

As Eater reported back in June, some restaurant owners implemented election-related paid time off as a way to support Black employees and other marginalized groups. Milk Bar, chef Christina Tosi’s bakery chain, has promised to “leverage” paid time off and store closures to make sure all employees have a chance to vote.

According to The History Channel, Election Day was established as the first Tuesday after the first Monday in November in 1845 to make it easier for farmers to vote, the logic being that people went to church on Sunday and needed at least a day to travel to the polls. (In 2020, polling sites are much more widespread, and a much smaller proportion of the population works in farming.) November also falls after most harvests, meaning voting would not interfere with farm activities.

In those days, USA Today reports, voting was treated as a real holiday. It worked: Not only did people gather in public to celebrate with food and drink, but voter turnout was at its highest-ever levels from the 1840s to the 1890s. “It’s a starting point for creating a culture in which the democratic process is honored and celebrated,” Holly Jackson, associate professor at the University of New England, told the paper.

“Frankly, even if people use it as a day to just support themselves and their mental health, in these days and times, that’s important. It feels like it’s worth it,” Loeb said. “If we’ve learned anything through this crisis and pandemic and shutdown in sales, it’s that one day doesn’t make or break you.” 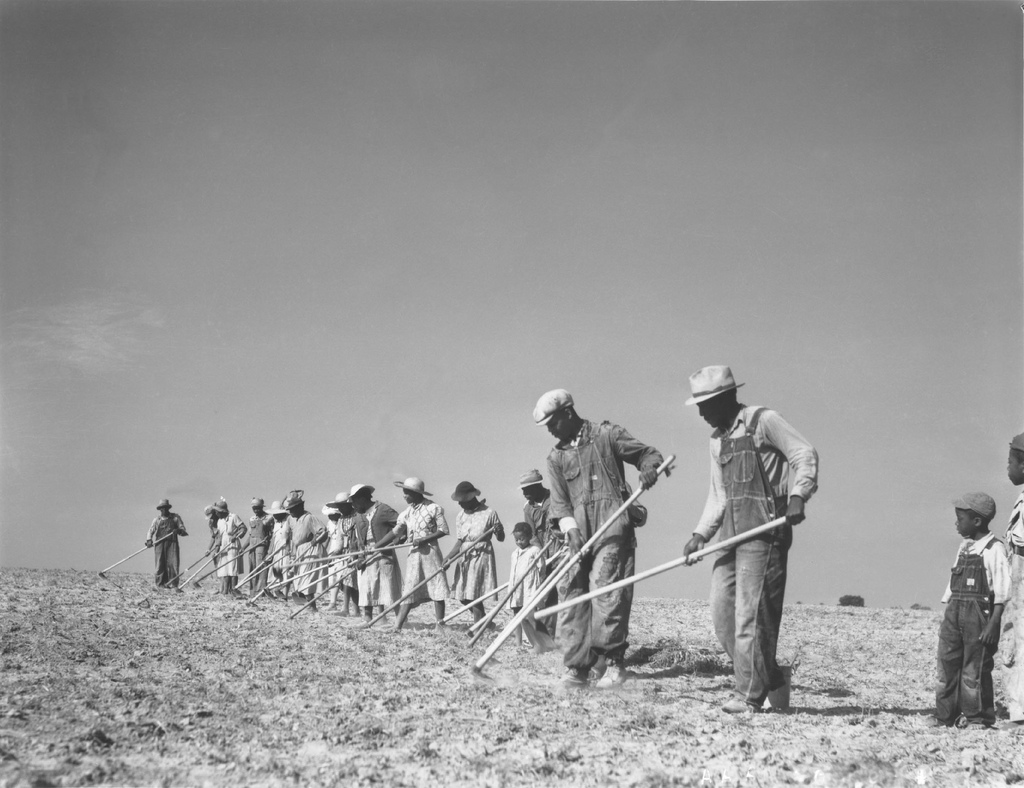 Rural America’s Trump vote was decades in the making. Democrats’ farm policies—starting with the New Deal—are partly to blame